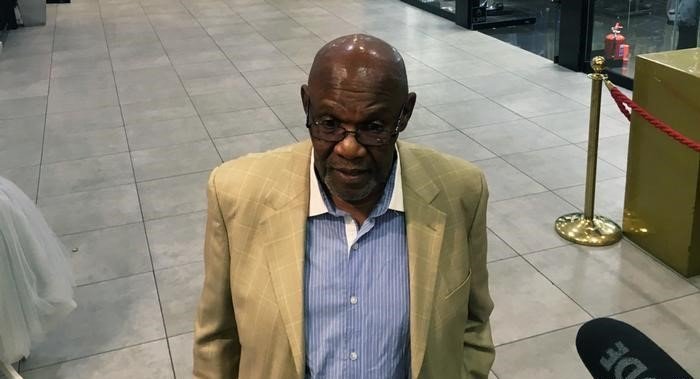 Dumiso Dabengwa died in Kenya on Wednesday night en route to Zimbabwe from India where he had undergone medical treatment for a liver tumour, his trust, the Dabengwa Foundation, said on Thursday. Previously, he had been treated at an undisclosed South African medical facility in Johannesburg.

He worked with the ANC’s military wing Umkhonto weSizwe in operations that brought together Zipra and MK.

However, following Zimbabwe’s war of independence, Dabengwa was charged with treason by the Mugabe administration in 1982 with Lookout Masuku (who died in prison).

They were acquitted due to a lack of evidence in 1983 but were detained under emergency regulations.

The Gukurahundi massacres that claimed at least 20,000 lives in Matabeleland and Midlands provinces began at that time. At the signing of the unity accord between Mugabe and Joshua Nkomo in 1987, Dabengwa reluctantly joined Zanu-PF and served as an MP and later home affairs minister from 1992-2000.

In his last public appearance, Dabengwa disputed claims by Zanu-PF that it sheltered exiled ANC cadres in Harare in the 1980s, saying they were kept by Zapu.

“Whilst history does record the long-standing co-operation between Zapu/Zipra and ANC/MK in the 1960s and 1970s, very little has been said or recorded about how Zapu/Zipra continued its support for Umkhonto we Sizwe after Zimbabwe’s independence in 1980.

“Today I would like to reveal some details of this crucially important period of our common history. Following the emergence of the Mugabe-led Zanu government in April 1980, the situation facing the ANC and Umkhonto weSizwe in Zimbabwe was very difficult.

“Zanu were openly hostile towards the ANC at that time and they were assisted in their efforts to block ANC/MK presence in Zimbabwe by former Rhodesians and the many South African agents operating in the Zimbabwe security services,” Dabengwa told a gathering.TimesLive

Theresa May announces her resignation