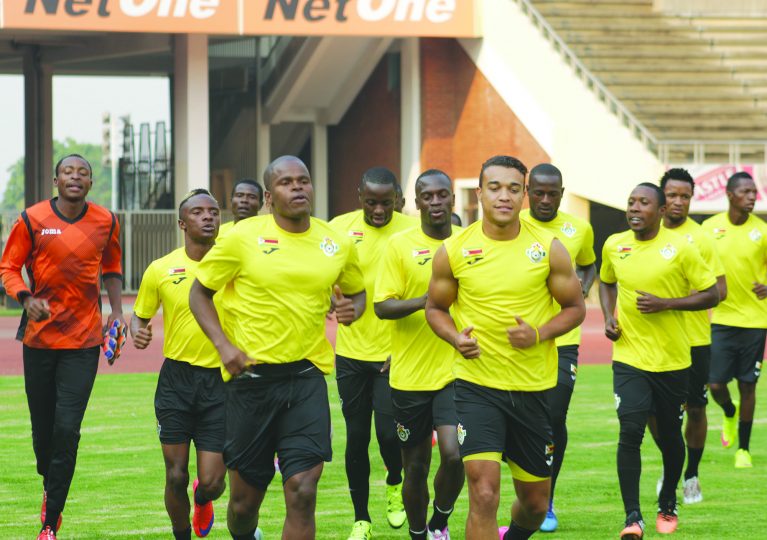 Zimbabwe Warriors will go in camp early as they prepare for their AFCON opening match against the hosts Egypt on June 21.

Sunday Chidzambwa is to split the 34-man squad if there are to reach the COSAFA finals.

Warriors manager Wellington Mpandare says the team will flight straight from Nigeria to Egypt after their friendly game on the 8th.

“We are going to COSAFA and we are taking 34 players, we are going to play two games and then the other 18 players will then go to Nigeria to play on the 8th.

“18 players will leave for Nigeria on the 5th and play on the 8th, the other five players will then follow to make up the 23 players for the AFCON tournament.,” he said.

Mpandare says that the final 23 will be selected on merit.

“Selection will be based on the performance during the COSAFA tournament and the coaches will then select the final 23 from there.

“Which I think will add value. We have played with the so-called inferior teams and it helps us in a certain way. But the big game is coming on the 8th, we might even have another friendly which a team still yet to confirm,” he said.

Zimbabwe won last year’s COSAFA and Mpandare says it’s a platform for them to assess and prepare for AFCON.

“But at the end of the day, we need those games because even the last time in 2018 when we were preparing for the AFCON qualifiers, it helps us in a big way.

“We won the COSAFA tournament with the same players that then participated in the AFCON qualifiers. So I think in as much as most teams are sending weak teams it will give us the competitive edge that we think we need,” he said.

Related Topics:GalleryZimbabwe Warriors
Up Next

Zimbabwe set to rebase economy after adopting a new currency