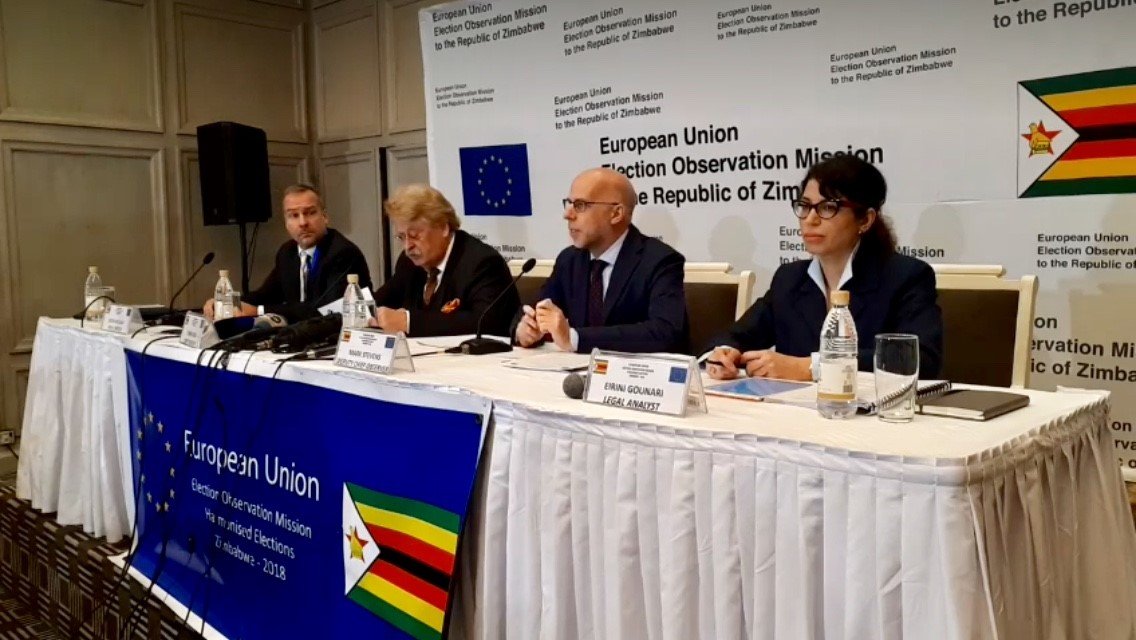 EU election observer mission Zimbabwe on Friday urged Zimbabwe’s election agency to be more open about the printing and storage of ballot papers to enhance the credibility of a July 30 presidential and parliamentary vote.

The southern African nation will hold its first election since a November army coup ended Robert Mugabe’s near four-decades rule and paved the way for his longtime ally Emmerson Mnangagwa to become president.

For the first time since 2002, EU election observer mission Zimbabwe is monitoring the vote. If they give it a seal of approval it will allow Harare to repair ties with the International Monetary Fund and World Bank to access the large-scale funding it needs to rebuild the economy.

The run-up to the vote has been largely peaceful compared with past elections, but a dispute between the main opposition Movement for Democratic Change (MDC) and the Zimbabwe Electoral Commission (ZEC) over ballots threatens to mar its credibility.

MDC leader Nelson Chamisa said on Wednesday there would be no election without an agreement between ZEC and political parties on the printing, storage and distribution of ballot papers. The MDC has planned protests for next week.

The ZEC has said it is not bound by law to accede to the opposition’s demands on the ballot papers.

The EU last month deployed 44 observers around Zimbabwe, and more are expected to arrive in the coming weeks.

Zimbabwe has since 2000 held disputed elections, with the opposition and Western powers accusing the ruling ZANU-PF party of using violence and cheating to cling to power.

EU election observer mission chief observer Elmar Brok said he hoped this year’s election would be a break with the past.

“These elections are a critical test of Zimbabwe’s reform process. In the context of past contentious elections, great efforts need to be made to ensure public credibility and confidence,” he said.

Ghosts of past massacres haunt President Mnangagwa before election