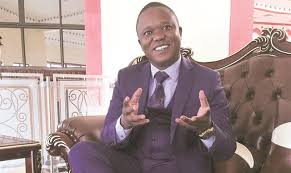 Kudzi Shaba was one of eight individuals from across the globe who were yesterday banned for life from all football-related activities by FIFA after being found guilty of activities likely to have influenced the fixing of matches.

The others were players, or former players, from Trinidad and Tobago in the Caribbean, Malawi, Sierra Leone, Benin, Cuba, Afghanistan and Kenya.

The Kenyan former international player was banned for 10 years and slapped with a heavy fine.

FIFA said the sanctions, which became effective yesterday when the letters pronouncing the verdict and the punishments were delivered to the individuals, were a result of a comprehensive investigation which the world football governing body conducted from 2007 to 2011.

The Zurich-based body said all the cases were connected to convicted serial match-fixer Wilson Raj Perumal, who was also flagged by FIFA as having been the heartbeat of the match-fixing scandal related to Bafana Bafana’s 2010 World Cup friendly matches.

A number of referees and officials, including former ZIFA programmes manager Jonathan Musavengana, were banned for life in connection with that scandal.

“I have nothing to say on that. They told me there is a window for an appeal to be lodged, but I think the best way is just to maintain my silence right now,’’ he said.
FIFA announced the sanctions on their website and in messages sent to international football journalists on their communication platforms.

“The FIFA Disciplinary Committee has found nine individuals — eight players/former players as well as one players’ agent — guilty of having been involved in match manipulation in violation of art. 69 par. 1 of the FIFA Disciplinary Code (Unlawfully influencing match results),’’ the organisation said in a statement.

“The following individuals have been banned from taking part in any kind of football-related activity at both national and international level (administrative, sports or any other) for life:

“Moreover, the Kenyan player Mr George Owino Audi has been banned from taking part in any kind of football-related activity at both national and international level (administrative, sports or any other) for a period of ten (10) years.

“In addition, a fine in the amount of CHF 15 000 has been imposed upon him. The formal disciplinary proceedings into the aforementioned individuals stemmed from an extensive investigation into various international matches that Mr Wilson Raj Perumal attempted to manipulate for betting purposes.

“This large-scale investigation was conducted by FIFA over several years through its Integrity Department and in cooperation with the relevant stakeholders and authorities.

“The decisions were notified to the individuals concerned today, the date on which the relevant bans come into force.’’The Herald