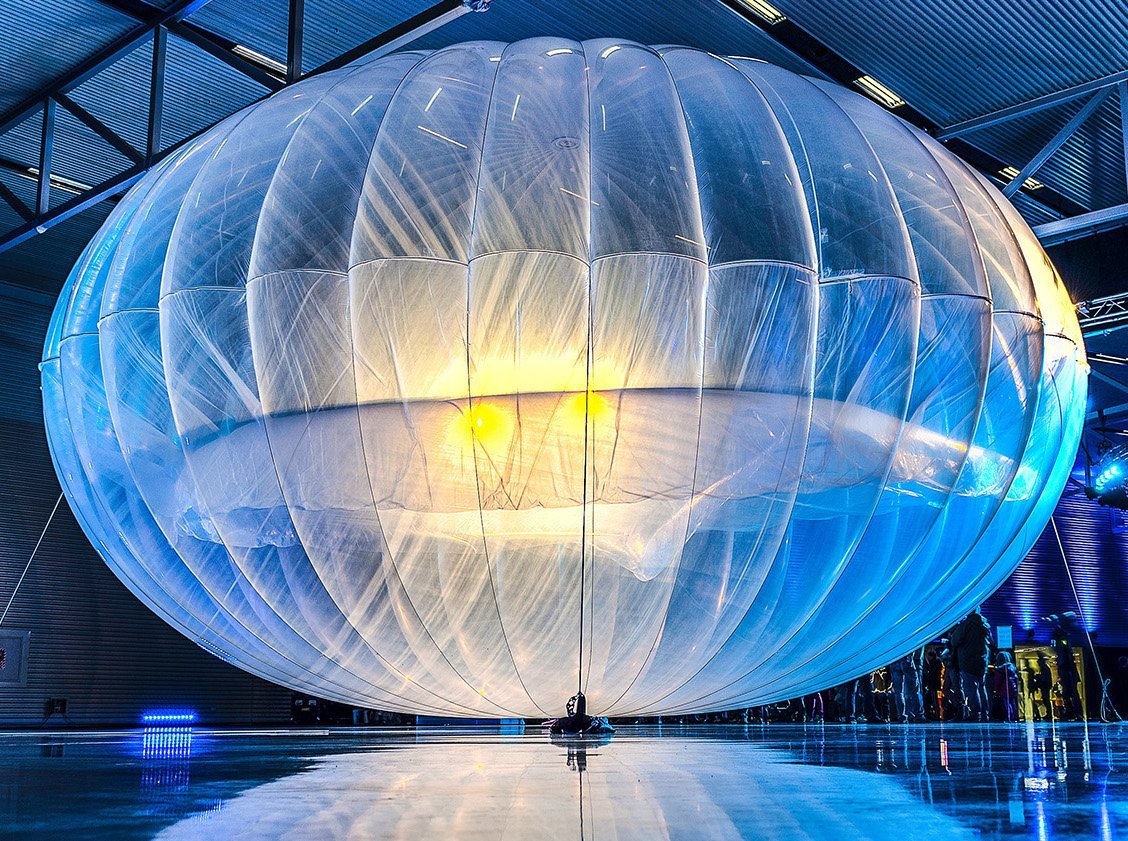 Google’s sister-company Loon has announced its first commercial deal: partnering with Telkom Kenya to deliver connectivity to the region.

The firm’s antennae-dangling fleet will ride the wind high above parts of the African country.

But experts have warned that the partnership could lead to a communications monopoly.

Originally known as Project Loon, the technology behind the internet balloons was developed under parent company Alphabet’s experimental division, X.

Earlier this month, the business “graduated” to become a fully-fledged subsidiary in its own right: Loon.

As part of its first commercial agreement, Loon has pledged to bring internet access to some of Kenya’s most inaccessible regions.

The specific terms of the deal have not been disclosed.

Project Loon’s balloons float high in the stratosphere, around 20km (12.4 miles) above sea level; a height the company says is out of range of air traffic, storms and wildlife.

The tennis-court-sized balloon is made from polyethene, filled with helium and powered by a solar panel.

The balloons are designed to stay aloft for months at a time and move by surfing wind channels, predicting speeds and directions so that they can navigate in the direction they need to travel.

Each balloon carries an antenna, which relays internet signals transmitted from the ground, extending coverage over an area of 5,000sq km.

In the case of this new partnership, Telkom Kenya will be providing the internet signals, and Loon will spread it over remote areas of Kenya.

At the mercy of Alphabet

“Connectivity in these rural locations is a big problem,” said Ken Banks, an expert in African connectivity, and head of the social impact at Yoti.

He explained that attempts to install a physical infrastructure in the region have been plagued with problems. The vast distances of the region mean that laying fibre cables or building an array of mobile masts is impractical.

“That only leaves the kinds of technology that Project Loon and other fully wireless solutions provider.”

Much of Kenya’s population of around 49 million people are catered for by mobile coverage, but enormous sections of the country are disconnected from internet providers.

Mr Banks said Loon could be transformational for these areas, but he also warned that many people were concerned about building a reliance on commercial, foreign technology for something as critical as connectivity.

“Once these networks are in place, and dependency has reached a critical level, users are at the mercy of changes in business strategy, pricing, terms and conditions and so on.

“This would perhaps be less of a problem if there’s more than one provider – you can simply switch network – but if Loon and Telkom have monopolies in these areas, that could be a ticking time bomb.”

Kaluka Wanjala, a Nairobi-based technology blogger, said that delivering connectivity to rural areas “will bring opportunities that we have seen the internet bring to other regions of Kenya”.

Nanjira Sambuli, advocacy manager for the World Wide Web Foundation, noted that the UN Broadband Commission’s target for internet affordability says 1GB of mobile data should cost no more than 2% of gross national income per capita.

In Africa, 1GB of data currently costs an average of 18% of monthly income.

“So, the partnership is a good step towards advancing connectivity,” she said. “However, it is imperative that this partnership not only achieves quality connectivity (4G) but also that it is affordable and meaningful.

The Elders descend on Zimbabwe ahead of crucial elections