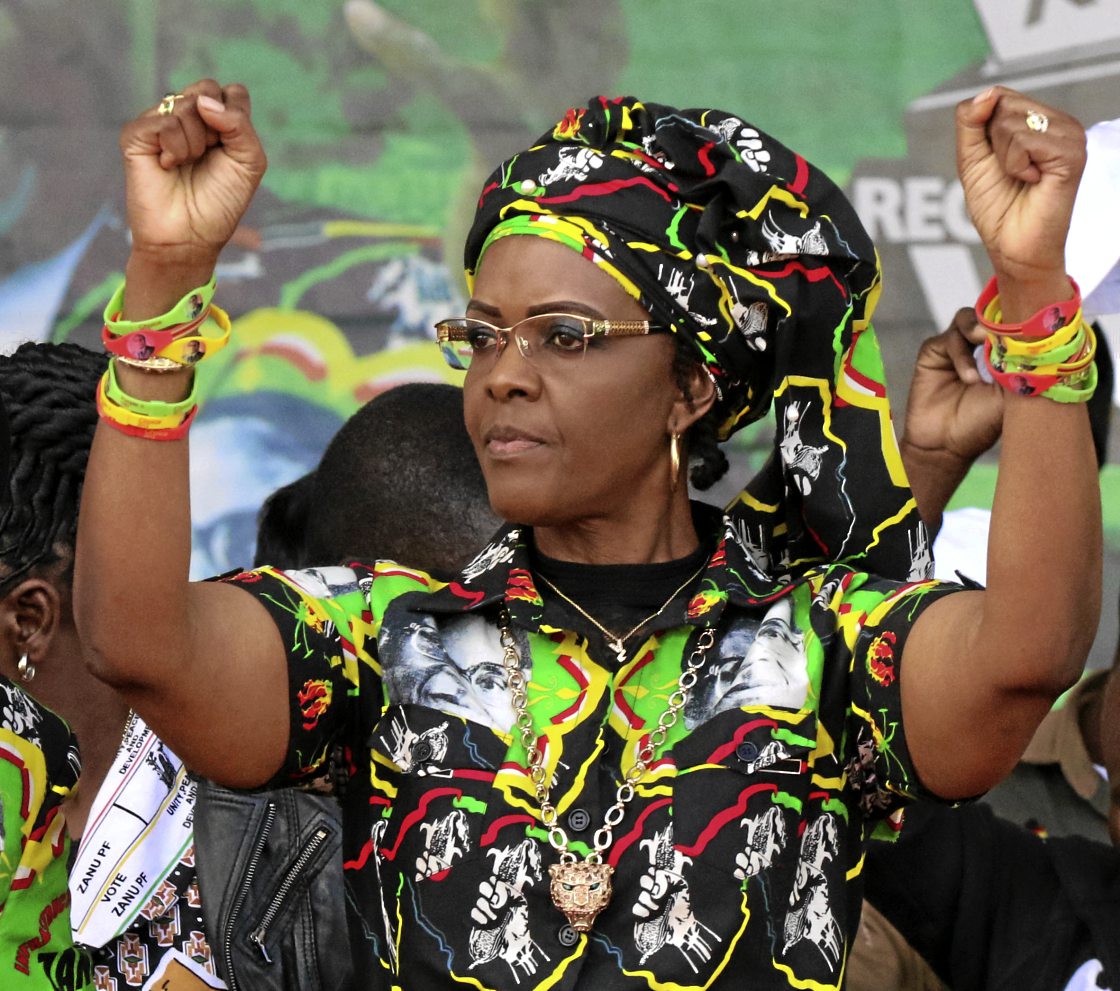 Grace Mugabe, Zimbabwe’s millionaire former first lady forced from power in last year’s coup has not paid her farm workers for months despite living a luxury lifestyle paid for by the state she and her husband once ruled, The Sunday Telegraph has learned.

Workers on the Mugabes’ network of Zimbabwean farms – several of which were appropriated from white farmers – said they had not received salaries for three months.

Robert and Grace Mugabe have a vast property portfolio in Zimbabwe and South Africa worth more than £50 million. Despite being ousted last year, the Zimbabwean state still spends millions flying the couple by private jet for medical treatment in Singapore.

Zimbabwe’s government also said this week that it would not extradite Mrs Mugabe, 53, to South Africa, which issued an arrest warrant on Wednesday for allegedly attacking a 21-year-old model with an electrical extension cord in a Johannesburg hotel last year.

However her 94-year-old husband, who can reportedly no longer walk, still has many supporters among the people and in the government.

Zimbabwean officials are unlikely to move against Mrs Mugabe while her husband is still alive.

South African prosecutors allege that Mrs Mugabe burst into a hotel room where her sons, Robert Mugabe Jr, 26, and Chatunga Bellarmine, 21, were drinking with Gabriella Engels, a 21-year-old model.

Mrs Mugabe allegedly struck Ms Engels with a power chord, leaving her with injuries to her forehead and to the back of her head, as her sons looked on. She faces up to two years in prison if convicted on charges of grievous bodily harm.

South African police allowed Mrs Mugabe to leave the country, which had become the base for her second home, after the incident when she claimed diplomatic immunity.

Her diplomatic status was revoked by a South African court this summer following last year’s coup d’etat which forced the Mugabe from power.

“We will not smile on any attempt to embarrass‚ ill-treat or diminish the image of former president Robert Mugabe or his immediate family members,” Mr Mutodi said. “An attack on Grace Mugabe is an attack on the former president…our founding father and liberation icon and his misery is undesirable to us.”

Emmerson Mnangagwa, Mr Mugabe’s replacement as Zimbabwe’s president, pledged to continue supporting the Mugabes’ generous pension package which includes healthcare for both of them in Singapore.

The medical treatments and travel cost Zimbabwe at least £25 million this year when the state cannot afford to import basic medication for public hospitals and most state medical staff, including senior doctors, are on strike over poor wages.

Sources close to Mrs Mugabe in Singapore told The Sunday Telegraph she “spends money like water”. They say the Mugabe cash is held outside the country.

Mr Mugabe bought a farm in 2000 but went on to seize a further four adjoining properties from which white farmers, who were expelled without compensation. They employ around 100 workers across 12 farms.

The state ran the farms for the Mugabes and also secretly bought Zimbabwe’s most successful dairy in 2003 for Mrs Mugabe from a white farmer. She invested heavily in the dairy, but it has never yet covered its costs.

Most of their rural assets and the two expensive schools built by Mrs Mugabe on appropriated land are no longer fully operational since Mr Mugabe was ousted from power in last November’s coup.

Farmers told The Sunday Telegraph they were hoping Mrs Mugabe would pay them by Christmas Eve.

“We are worried for the last months, but we got a message will be paid next week, on December 24,” said one worker.

Mrs Mugabe and her associates, and the Zimbabwean government declined to respond to requests for comment this week from The Sunday Telegraph.

Related Topics:Grace Mugabe
Up Next