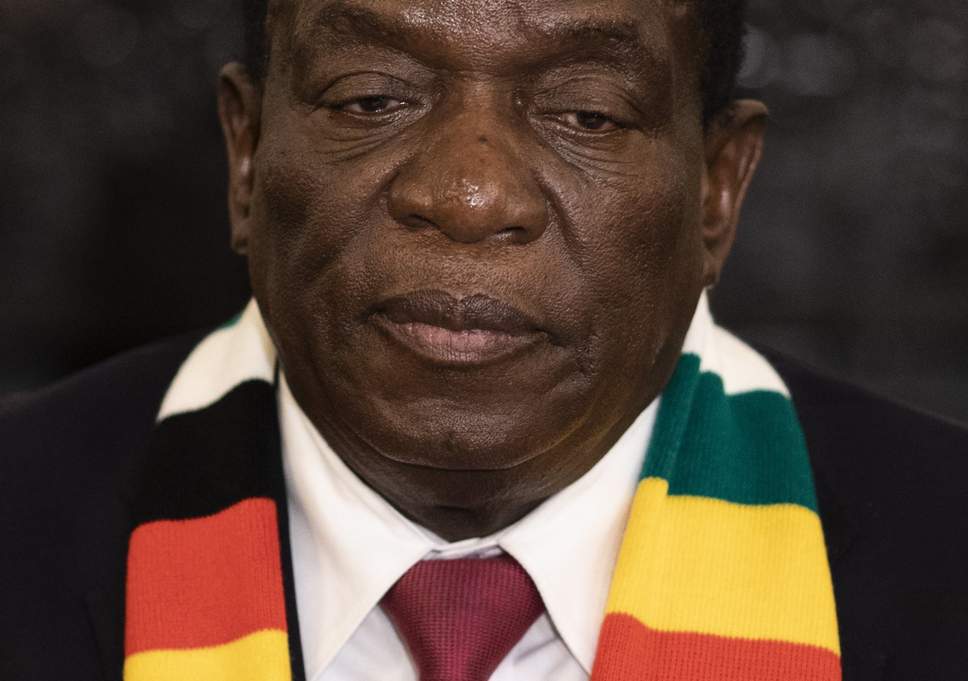 President Emmerson Mnangagwa has hired a luxurious private jet for over a week despite growing concerns over his profligate spending, it has been revealed.

Presidential spokesperson George Charamba told The Standard in an exclusive interview yesterday that the Airbus A318-100, which flew seven hours and 16 minutes from Dubai in the United Arab Emirates on Wednesday to be in position in Harare before Mnangagwa’s flight to Bulawayo on Thursday, remained in the country ahead of another foreign trip by Mnangagwa to South Africa tomorrow.

“Then coming to the Bulawayo issue, the aircraft you are talking about came in on Thursday and has been here preparing to take the president to South Africa for the Sadc Solidarity Conference on Western Sahara, scheduled for 25-26 March 2019 in Pretoria,” Charamba said.

“We booked the aircraft to be here until it brings back the president from the summit on Tuesday. If you were going to check, the aircraft is currently at the tarmac of the domestic flights and it is cheaper to hire the aircraft for days than to hire it on the day when the president wants to fly out.”

Since he took over through a military-assisted process in 2017, Mnangagwa has projected himself as a simple leader who wants to cut costs, but instead, he has often used hired private jets for most of his foreign trips.

Last week he had to use a hired jet for a local trip to Bulawayo where he met civil society members, raising questions on his sincerity to tackle public expenditure.

Charamba said his boss was committed to cost-cutting and his officials were feeling the pinch.

“Let me pre-empt you; I know you would want to ask why not use scheduled flights for the president. Here is a tricky issue. One, it is very risky to do that for both the president and the airline. In this case, we are talking of a national airline which has one aircraft to service all its routes. If the president was to use a scheduled flight, it means that all the luggage in that flight will be opened and subjected to search by our security systems,” he said.

‘This inconveniences the reputation of the airline and the passengers. Also, the passengers themselves will have to be subjected to those security systems and this definitely will lead in some people leaving the airline and it loses business. Also when the president is flying, he would fly in the business class and no one will be allowed there.”

Charamba added: “Just imagine you as a reporter you are supposed to fly to South Africa and you have bought your business class ticket and just because the president has joined the flight, you will have to move to the economy class.

This will definitely lead to some people abandoning the airline. Remember the aviation business works on a patronage system and losing one customer is a big blow, which no airline would risk.”

“So we look at all those factors and if you are to look at the opportunity cost, you are bound to agree with us that hiring an aircraft for the president is much better than going through all those challenges. Key to this, the scheduled flight will have to change its time to suit the president. This is dangerous for any airline.

Talking about the Bulawayo trip and the idea that the president could have used a scheduled flight, it meant that he would need to divert the Harare-Johannesburg route to go via Bulawayo. Do you think people were going to agree to that? So really let us be realistic when we discuss some of these issues,” Charamba said.

The deputy chief secretary also defended the use of private jets by Vice-Presidents Constantino Chiwenga and Kembo Mohadi and other senior government officials whenever they fall ill, saying it was part of their conditions of service.

“This is part of conditions of service for the top three. Even ministers, if their conditions of service stipulate that they should be airlifted whenever they need medical attention at the expense of the state, it must be done. Even top civil servants, if their benefits include airlifting, there is nothing that we can do to change that, it is in their contracts,” Charamba said. The Standard