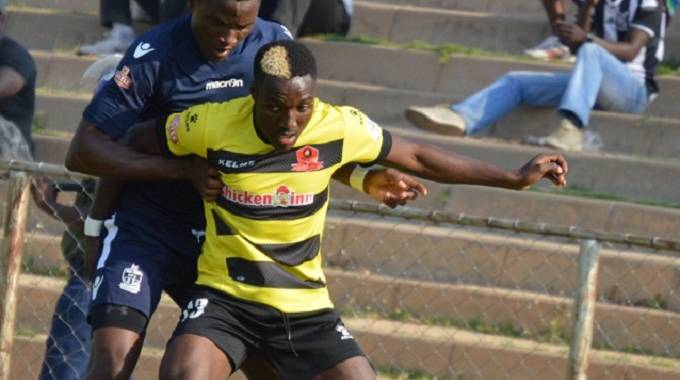 FORMER Castle Lager Premier Soccer League champions, Chicken Inn, are in the process of running several medical tests on striker Obriel Chirinda with fears that the player could have underlying cardiac diseases — arrhythmia.

Gamecocks team doctor Willmore Kapuyanyika said the tests could explain the collapse of Obriel Chirinda on two recent occasions while on the field of play.

The stocky forward temporarily lost his consciousness first when he was doing duty for the national Under-23 in a match they beat Mozambique 2-0 to progress to the final round of the Under-23 Africa Cup of Nations qualifiers at the National Sports Stadium late last month.

He also left many local football enthusiasts asking themselves whether it was by coincidence for him to lose his consciousness when he went motionless in a game that Chicken Inn beat Dynamos 2-0 at Barbourfields Stadium a fortnight ago.

“Cardiac diseases are life-threatening conditions that need to be checked and are common in people who do contact sports where an athlete can accidentally receive an impact or shock on the chest (precordin) resulting in arrhythmia.

However, the preliminary tests that we have done on Chirinda so far show that he does not have visible cardiac underlying causes.

We are still monitoring him as this does not happen on a regular basis. We are going to run more tests and we are very much concerned with his malaise (a brief loss of consciousness). Obriel Chirinda is training with the rest of the squad,” said Kapuyanyika.

The speedy Chirinda did not make the trip to Mhondoro where Joey Antipas’ charges were handed their first defeat of the season by Ngezi Platinum Stars.

On Saturday, Antipas’ men take on defending champions FC Platinum in a potentially explosive top of the table clash at Luveve Stadium.

FC Platinum are reportedly likely to be without Raphael Muduviwa ahead of this mouth-watering clash following a hamstring injury in their last match as injuries continue to dog the Norman Mapeza-coached side.

They have been without Rahman Kutsanzira, Kelvin Madzongwe, William Stima and Wallace Magalane, who are all in the treatment room.

The 1-0 loss to Ngezi Platinum Stars by Gamecocks saw FC Platinum, who are yet to taste defeat, take a one-point lead over Chicken Inn.

The platinum miners thumped Hwange 2-0 in their last league game. Winless Highlanders make the trip to Harare for a date with tricky newboys Mushowani Stars at the National Sports Stadium.

The burning blue of the capital, Dynamos, who parted ways with their head coach Lloyd “MaBlanyo” Chigowe early this week, take on the other league’s newbies TelOne at Barbourfields Stadium.

TelOne have been playing all their home matches at Mandava in Zvishavane, but have this time opted for Emagumeni. B-Metro