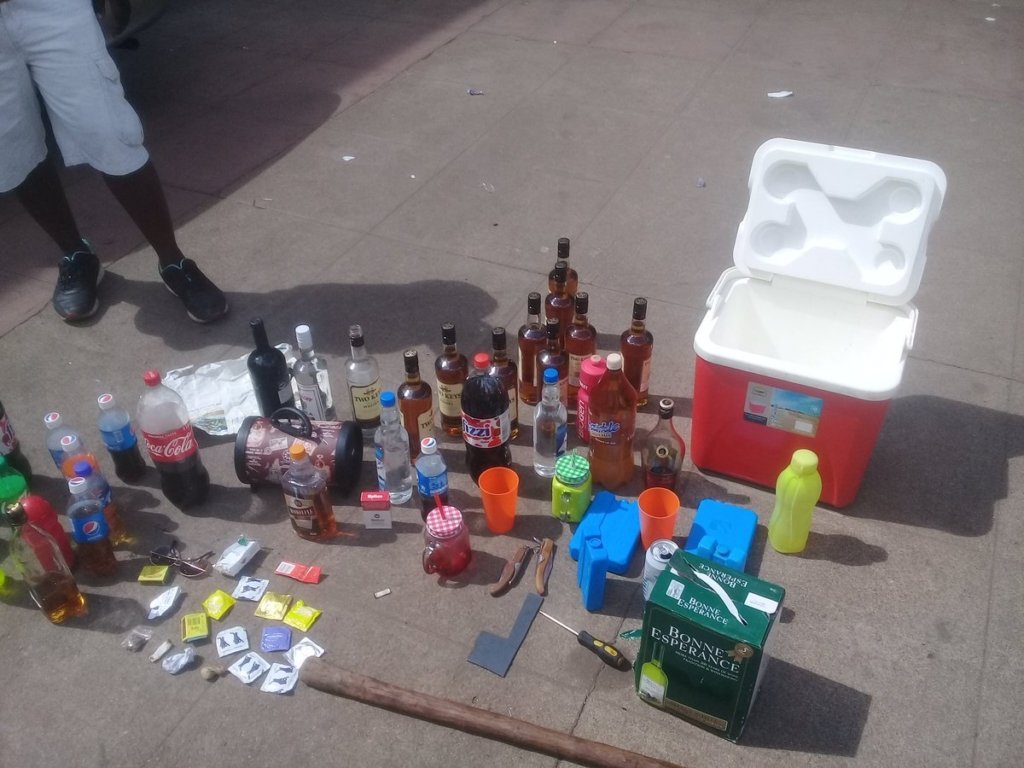 Police in Bulawayo arrested rowdy youths found in the central business district and have increased deployment of officers to deal with the scourge of vuzu parties.

Police said there is a growing trend of youths causing anarchy in the city centre or organising the infamous parties on the last Saturday before schools open and first Saturday after schools close.

Schools open for the second term on Tuesday.

“Of concern was the risky behaviour by these youths, who will be drunk, a nuisance in the city centre and making noise while riding on kombis and hanging from the windows of the cars. There is also a concern that these kids would be abusing dangerous drugs.”

He said in the meeting they resolved to arrest those youths who would be found to be disorderly, drunk and causing commotion in the city centre.

“We want to warn all the youths that we have resolved to increase police deployments in anticipation of their rowdy behaviour. We will also arrest kombi drivers who provide these teenagers with transport and impound their vehicles. Therefore, we are appealing to parents to pay closer attention to their children’s activities so that they will not be found on the wrong side of the law,” he said.

Insp Ncube said they will also be conducting an anti-drugs campaign in the city centre as they worry that teens were abusing dangerous substances.

Meanwhile, parents in Bulawayo have been urged to create a culture of dialogue with their children in order to preserve the moral fabric of the city’s communities and the future of youths.

At a #Anti Vuzu parties stakeholders’ meeting organised by the Bulawayo Progressive Residents Association (BPRA) at City Presbyterian Church yesterday, it was resolved that intensive research be undertaken to find the root cause of teenage delinquency and moral degradation, as evidenced by the rise of vuzu parties.

The meeting was attended by various youth-centred non-governmental organisations.

Speaking at the meeting, Junior Chamber International Bulawayo chapter local president Mrs Sinqobile Demadema said sexual immorality among the youth was worrying, adding that some girls as young as 13 years are selling their bodies for jiggies and recharge cards.

Thamsanqa Ndlovu, chairman of Parents Youths Association of Zimbabwe said that parents must work with the Bulawayo City Council and MPs in implementing policies that are meant to safeguard the future of the youth.

“The city council, through its housing and community services department made a policy document on February 9, 2012, named the Sustainable Economic Development Initiative and is meant to benefit youths. As parents, we need to implement the document to alleviate the scourge of drug and sexual abuse among youths.

“We need to engage the youth and find ways of modernising Youth Centres so that they meet their needs. Members of Parliament must also be put to task because the country’s constitution has provisions for reasonable measures and affirmative action that should be taken to deal with the youth,” said Ndlovu.

Ndlovu added that the generational gap between children and parents and technological advancements cannot be blamed for youths engaging in wayward behaviour as parents have a duty to engage their children on issues that affect them. The Chronicle

Related Topics:BulawayoFeaturedVuzu Parties
Up Next