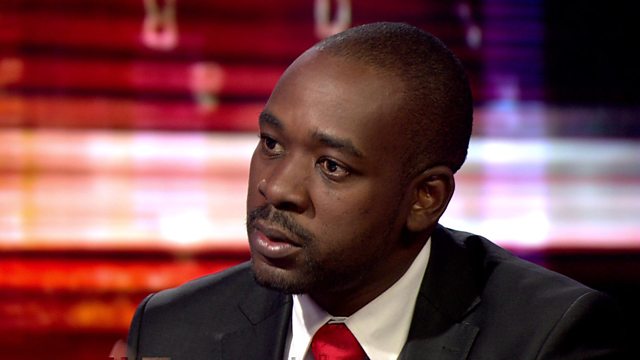 President Chamisa, the MDC T and MDC Alliance leader has threatened to mobilise the opposition party’s supporters to picket at the Zimbabwe Electoral Commission (Zec) head office starting tomorrow until July 30 if the electoral management body fails to address their demands for transparency in the printing of ballot material by end of business today.

MDC Alliance co-principal Tendai Biti confirmed the development yesterday, saying they had started mobilising mobile toilets and tents for the thousands of opposition supporters expected to participate in the vigil.

“We will be leading from the front, we will be living on the streets. We are not going to allow this election to be stolen.

They can kill us. We are prepared to die for free, fair and credible elections.

We have given Zec a deadline and if they don’t address the issues raised in the petition by Monday, then we will be living on the streets,” Biti said.

Addressing supporters at Mucheke Stadium in Masvingo yesterday, President Chamisa insisted that there would be no elections if Zec does not meet his grouping’s key demands — transparency in the printing of the ballot papers and security of the votes.

We are going to the poll after agreeing on a proper ballot paper,” said President Chamisa.

MDC-T deputy treasurer-general Charlton Hwende said they were planning to hire 500 mobile toilets for use during their protest at the Zec headquarters in downtown Harare.

He also threatened to mobilise for disruption of elections at all the 10 895 polling stations on election day if Zec does not give in to their demands.

The only election that will ever take place in Zimbabwe will be a free and fair one. 2013 was the last disputed election. Going forward, the (sic) vote of the people will count,” Hwende said.

This came amid reports that Zec had agreed to a meeting with the youthful opposition leader and other opposition parties, under the auspices of the multi-party liaison committee to iron out their differences.

“We respectfully advise that the full Zec has agreed that your requests are best dealt with at our multi-party liaison committee in order to build consensus with the other political parties that are going to the election,” Zec’s acting chief elections officer Utoile Silaigwana said in a recent letter to MDC Alliance President Chamisa’s chief election agent, Jameson Timba.

“In the absence of a legal framework to guide us on how best to accommodate your request, a consensus approach is the next best alternative.”

The MDC Alliance threats set a grand stage for civil unrest ahead of an election which is at the heart of Zimbabwe re-joining the international community of nations.

Related Topics:Nelson Chamisa
Up Next