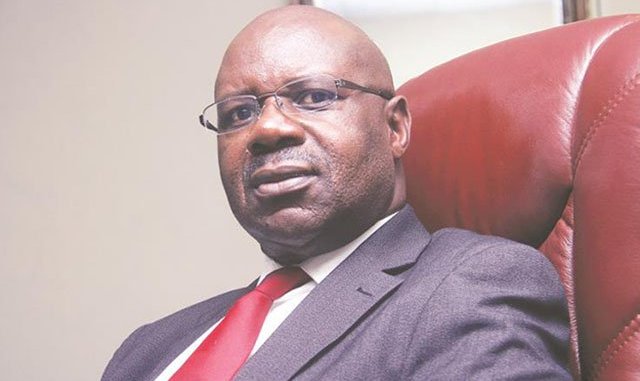 The Prosecutor General’s suspension follows recommendations made by the Judicial Services Commission (JSC) to the President to set up a tribunal to investigate him for alleged misconduct.

Advocate Ray Goba is facing charges of failing to prosecute high profile corruption cases forwarded to his office by investigating agencies, sneaking out of the country without Cabinet authority, entering Namibia despite being a prohibited immigrant in that country and using abusive language as well as insulting lawyers.

Advocate Ray Goba has also been barred from accessing the National Prosecuting Authority Offices during the period of the suspension.

In an interview with The Chronicle yesterday, Advocate Ray Goba confirmed his suspension.

“Some people came to serve me with the letter of suspension. They came in the morning today (yesterday) and they were from the President’s department,” he said.

According to a suspension letter seen by The Chronicle, Advocate Ray Goba was suspended from office in terms of Section 187 (10) of the Constitution.

“Please be advised that by virtue of provisions of Section 259 (7) as read with Section 187 (3) of the Constitution, His Excellency the President has appointed a tribunal to inquire into the question of removing you from the office of Prosecutor General,” reads the letter.

“Accordingly you are suspended from office with immediate effect in terms of section 187(10) of the Constitution until the President on the recommendation of the tribunal either revoke the suspension or removes you from the office of the Prosecutor General.”

Reliable sources said JSC during its Extraordinary General Meeting held on July 12, noted that the allegations against Advocate Goba necessitated the need to do an inquiry into his suitability to continue holding the office of Prosecutor General.

Advocate Goba is alleged to have on more than one occasion travelled out of Zimbabwe to Namibia without obtaining the necessary Government approval.

He also on more than one occasion entered the Republic of Namibia despite him being a prohibited immigrant in that country.

The PG is alleged to have violated his constitutional obligation by refusing to prosecute corruption-related cases initiated by investigating agencies.

He is alleged to have given various excuses for failing to prosecute the cases.

A source said among the high profile corruption cases Advocate Goba is alleged to have refused to prosecute is that of former Higher Education Deputy Minister, Dr Godfrey Gandawa and that of former Home Affairs and Finance Minister, Ignatius Chombo.

The dockets of the two accused are among many that were completed long back according to sources.

Advocate Ray Goba was declared a prohibited immigrant in 2011 while working in Namibia as Deputy Prosecutor-General and legal services director in case number A118/2011 but was allegedly travelling to that country without Cabinet Authority.

The PG is also accused of putting his office into disrepute by trading insults with lawyers and there are claims that he allegedly insulted Prophet Walter Magaya’s lawyer Mr Nyikadzino Simango.

Sources said the Tribunal is set to be sworn in on Tuesday.
The Chronicle

Fastjet launches the daily flight between Bulawayo and Harare