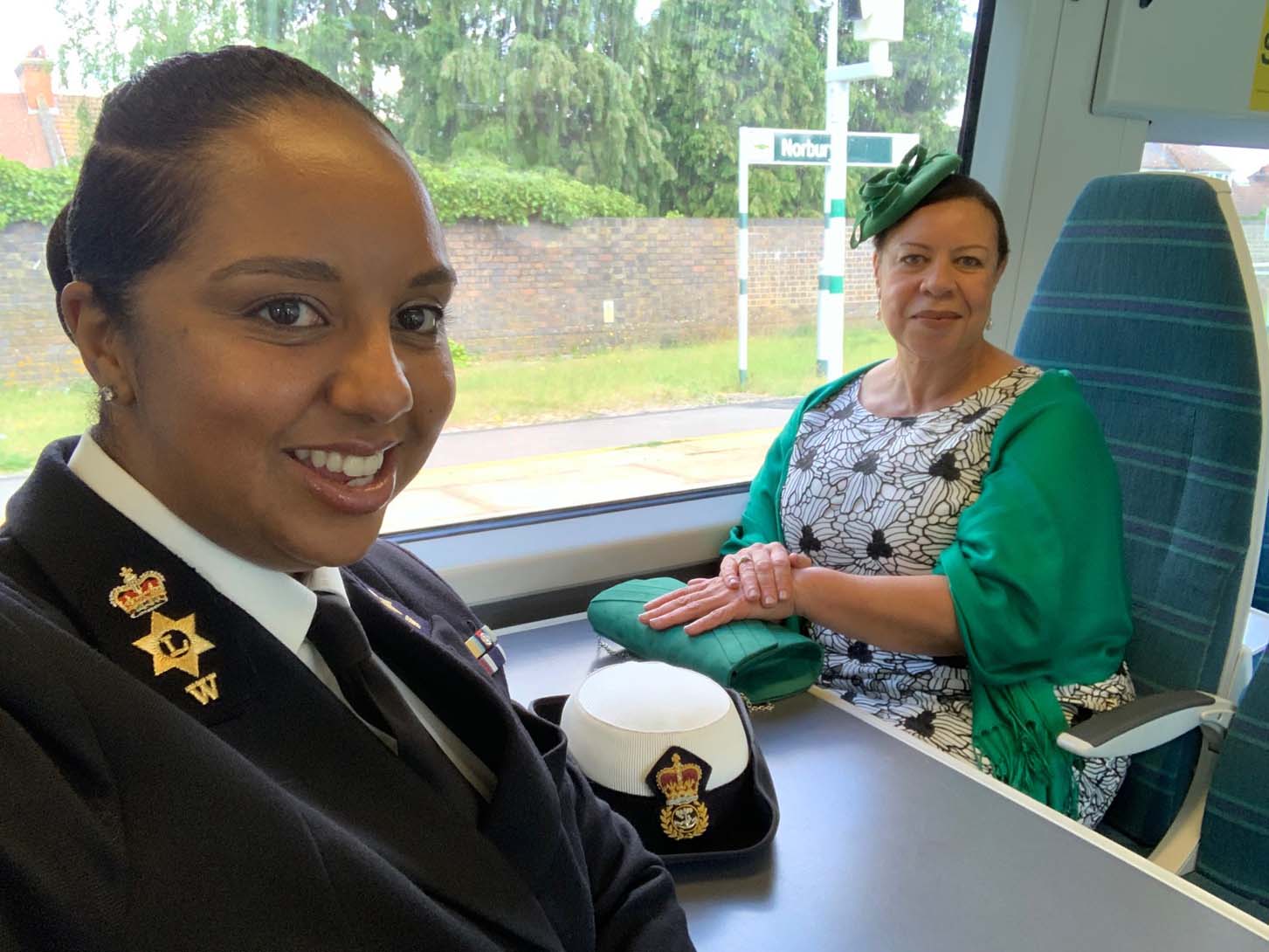 Chief Petty Officer Janine Potts and her mum Florence enjoyed a day to remember as guests of Her Majesty The Queen at the second of three garden parties held during May in the beautiful gardens of Buckingham Palace.

Janine, who joined the Royal Navy from Zimbabwe in July 2001, was one of over 110 guests from across the Naval Service who attend a Royal Garden Party this year, all specially selected in reward and recognition of their hard work and dedication.

Nominated by their managers, from across all ranks and rates, the invitations are awarded a plus one, recognising that it’s families too that go the extra mile in support of loved ones.

Janine’s recommendation singles her out as “an exemplary senior rate” and recognises her dedication to the Royal Navy and support to others.

Passionate about breaking barriers and helping others, Janine has served at sea in numerous assignments and on operations in Iraq, Afghanistan and Bahrain.

It recognises that she has devoted much of her spare time and applied her wealth of service knowledge and lived experience to helping with individual cases and supporting those coming to the UK to serve.

She has also been directly responsible for many positive solutions that have helped keep our valued people retained in service.

Janine thoroughly enjoyed her day and said: “What an honour it was to spend the afternoon at Buckingham Palace, I made my mum and family so proud.

“It doesn’t matter about your rank or rate, hard work and determination can get an organisation to change for the better.

“We all have the power to make a difference – it could be you! I hope my view of life will inspire others.”

Proud mum Florence Burl said: ‘It was amazing! Being so close to the Queen – wow! The Duchess of Cambridge actually said hello to me.

“You can’t buy this opportunity or explain the feeling I had being there when I go back to work – will they believe me?”

The Duke and Duchess of Cambridge joined The Queen to host approx. 8,000 guests, including nominees from across the Naval Service, Royal Fleet Auxiliary and Royal Navy and Royal Marines Widows Association.Royal Navy

Related Topics:FeaturedJanine Potts
Up Next