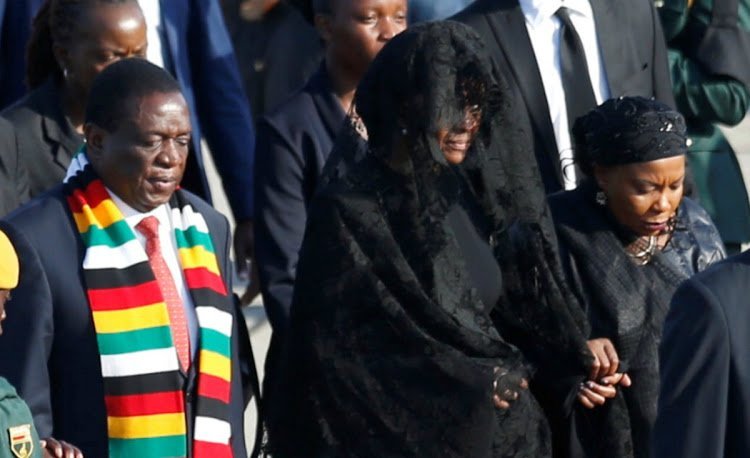 The family of Robert Mugabe has said he will be buried in his home town in private, in an apparent snub to the government, which wants to inter him at a national monument.

Leo Mugabe, a nephew of Zimbabwe’s late ruler, said the ceremony would probably be held early next week in Zvimba district, about 60 miles (95km) north-west of the capital, Harare. “That is the decision of the family since last night unless something changes,” he told the Guardian.

Many of Mugabe’s relatives oppose government plans for the funeral and burial of the man who ruled the country for nearly 40 years before he was ousted in a military takeover in 2017.

The ruling Zanu-PF party announced that Mugabe’s remains would be interred at a hilltop monument outside Harare on Sunday, after a ceremony at the nearby national stadium on Saturday, where dozens of prominent African leaders would be present.

However, friends and allies of Mugabe’s wife, Grace, have said he made clear he would prefer to be buried in Zvimba with only close relatives in attendance. They said Mugabe did not want his death to be exploited by his successors for political gain.

A meeting on Thursday between Mugabe’s family and officials at his home in Harare ended without agreement. Walter Chidhakwa, a spokesman for the family, said the funeral would go ahead but not the planned burial.

Earlier, Emmerson Mnangagwa, who succeeded Mugabe as president, said he had appealed to the family to set aside any bitterness. They are reportedly unhappy about his treatment of the former leader.

“Let bygones be bygones. The family is going to lead the programme, that’s why we haven’t released anything. We haven’t agreed how he will be buried,” Mnangagwa said.

The president, a veteran of the ruling Zanu-PF party and a decades-long close associate of Mugabe, said: “We will have to sit down first with Grace. As the government, there’s nothing we will do to go against your wishes. Let’s unite, he was our father.”

Mugabe died in a clinic in Singapore last week, aged 95. His body arrived on Wednesday, on a government-chartered private jet, at Zimbabwe’s main airport, where thousands of supporters had gathered.

On Thursday his casket was taken to a sports stadium in Harare, where thousands of onlookers packed the stands to see Mugabe lie in state for public viewing.

Several people were injured in a crush as they surged forward to try to view the casket. Some people were carried away on stretchers. The severity of their injuries wasn’t immediately clear.

Riot police later restored order, at times using batons to strike those waiting in a line.

Grace Mugabe sat on the podium to the side of the sports field while Mugabe’s casket was under a tent at the centre of the field. A military helicopter later landed on the field and took off after the coffin was placed inside.

Though much of his 37 years in power were marked by violence, economic mismanagement and corruption, the former guerrilla fighter is still revered as a liberation leader. Many in Zimbabwe see him as a national hero, remembering his role in the war against white rule. The Guardian