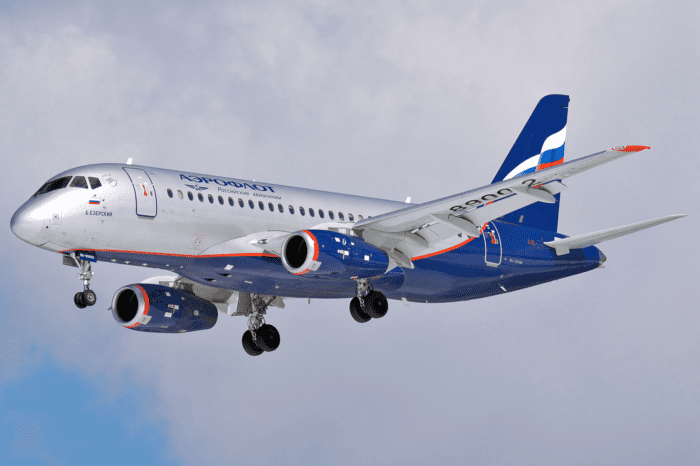 Passengers and crew on board a jet that was forced to make an emergency landing at a Moscow airport say it was struck by lightning moments before it crashed.

Reports of the strike came as survivors told how they escaped the Aeroflot jet which burst into flames on landing at Sheremetyevo airport on Sunday.

Forty-one of the 78 people on board were killed in the accident.

Investigators probing the cause of the crash have made no official comment on the claims it was hit by lightning.

Modern aircraft are built to withstand lightning strikes, and Russia’s national carrier has said only that the plane returned to the airport for “technical reasons”.

However, passengers said the plane, which was heading for the northern Russian city of Murmansk, was struck just after take-off.

Some of the five crew members also said lightning appeared to be responsible for a loss of communication with air traffic control.

Dramatic video showed the plane making a very bumpy landing, bursting into flames after bouncing on the tarmac.

Two children and a flight attendant are among the dead. The acting governor of Murmansk, Andrey Chibis, said in a Facebook post that 26 of the victims were from his region.

The plane’s so-called black boxes – which record flight data and cockpit conversations – have reportedly been retrieved and handed to investigators.
One passenger who survived the crash, Pyotr Yegorov, was quoted as saying that the flight “had just taken off and the aircraft was hit by lightning”, adding: “The landing was rough – I almost passed out from fear.”

Another survivor, Mikhail Savchenko, said he managed to escape by jumping out onto the emergency exit slides at the front of the Aeroflot jet while the rear was ablaze.

A witness said the plane “jumped like a grasshopper” as it struck the runway at speed.

Passenger Dmitry Khlebushkin told reporters: “I’m alive only thanks to the stewardesses. The girls stood there in the smoke, it was dark, extremely hot, but they pulled people out and helped them get down the chutes”.

Stewardess Tatyana Kasatkina said people were leaving their seats and heading for the exits while the plane was still travelling, Russian news site Lenta reports. She said passengers were screaming and phoning relatives as the plane burned.

“It all happened really fast, in a matter of seconds… I was pushing passengers out. I grabbed each one by the collar so that they wouldn’t delay the evacuation.”

Passengers were evacuated within 55 seconds of the plane coming to a standstill, the airline said.

Footage of passengers running away from the burning plane has also been shared on social media.

Its crew sent a distress signal when “malfunctions” occurred in bad weather shortly after take-off.

The aircraft then attempted two emergency landings. On the first approach, the plane was travelling too fast and on the second the automatic systems failed, Russian news agency Interfax said.

Russia’s emergency ministry said there were no plans to ground its Superjet-100 aircraft.

Russian President Vladimir Putin has reportedly been briefed and expressed condolences to the families of victims.

The region of Murmansk has announced a three-day mourning period.BBC