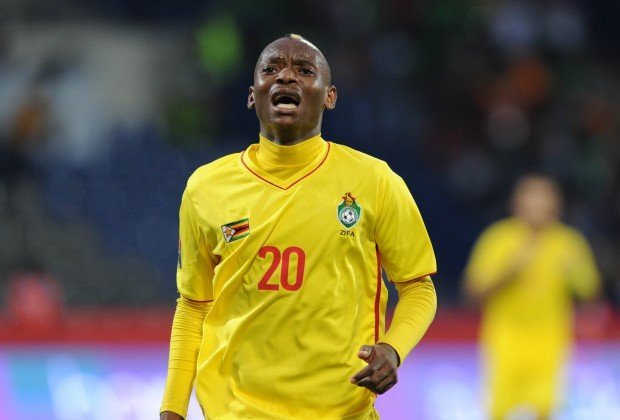 The death of a fan overshadowed Zimbabwe’s qualification for the 2019 Africa Cup of Nations on Sunday, following the final matches of Group G.

An official at Zimbabwe’s FA confirmed that a supporter had been killed in a stampede outside the national stadium in Harare before kick-off in their crucial match against Congo Brazzaville.

Despite the tragedy, the qualifier went ahead as scheduled with Zimbabwe winning 2-0 to seal their place at Egypt 2019.

The Democratic Republic of Congo also qualified from the group with a 1-0 win over Liberia in Kinshasa.

Liberia and Congo Brazzaville – who were both in contention at the start of the day – were eliminated.

With fans clamouring to get inside the stadium in Harare, Zimbabwe’s players knew what qualification for the 2019 Nations Cup meant to the Warriors’ supporters.

Khama Billiat, who plays for Kaizer Chiefs in South Africa, opened the scoring in the 20th minute with a well-struck free-kick to put Zimbabwe 1-0 up.

His Belgium-based captain Knowledge Musona added a second 16 minutes later, pouncing on a defensive error to make it 2-0 to the hosts.

Congo Brazzaville tried to get back into the match but could not overcome a powerful and resilient Warriors team.

The victory makes it back-to-back Nations Cup appearances for Zimbabwe who played at Gabon 2017 after an 11-year absence from the finals.

The Democratic Republic of Congo sealed their place in Egypt with a 1-0 win over Liberia in Kinshasa.

In a match where nerves were tested, Liberia were the team heading to the finals until the 52nd minute when China-based Cedric Bakambu made it 1-0 to the hosts.

That put DR Congo second in the table, behind Zimbabwe, and relegated Liberia to third place.

Liberia – who had requested for this fixture to be moved away from DR Congo because of concerns over Ebola – brought on Newcastle’s under-23 midfielder Mohammed Sangare in the second half as he made his international debut.

But DR Congo held firm and secured the victory they needed to go through to the finals in Egypt.

The 2019 Africa Cup of Nations will, for the first time, take place in June and July and will feature 24 teams rather than 16.BBC