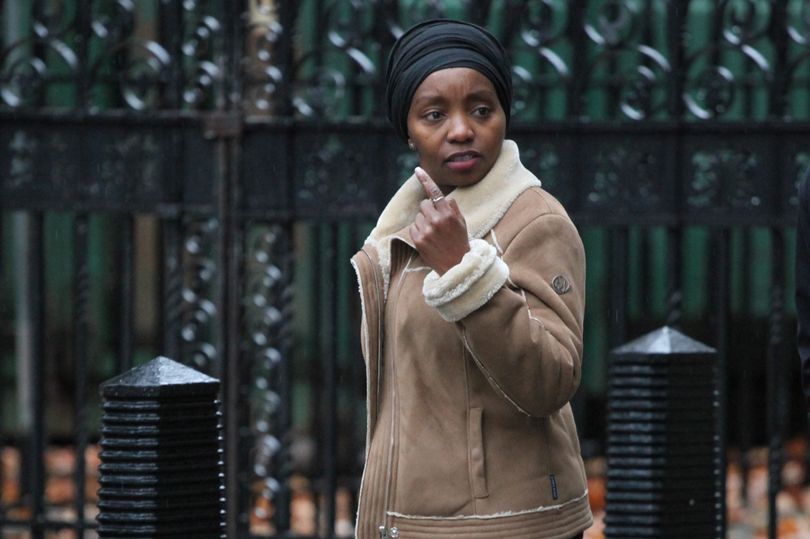 Trish Garikayi hurled her engagement at her partner in court today after being ordered to repay him more than £100,000 following an alleged affair.

But he claimed he caught her having an affair with another man and their bitter financial dispute ended up in court.

A judge today ruled she “misappropriated” money Mr Penfold entrusted to her when blinded by love.

But Garikayi hurled her £2,500 engagement ring across the courtroom towards her ex-fiance. Mr Penfold calmly picked it up and handed it to his solicitor.

Judge Alexander Hill-Smith said she had her “eyes firmly on winning the case”.

“I unhesitatingly prefer the evidence of Mr Penfold… he gave his evidence in a careful way.

“I find his account of the break-up of the relationship, his returning to the house, his reaction to it, going to A&E and being badly affected, compelling.

“Her account of the breakdown of the relationship was very unspecific.

“His written statement is thorough and comprehensive and presents a coherent account of what occurred.”

The Central County Court in London heard how Garikayi earlier claimed to be a “kept woman” and insisted that the money, like the luxury goods he lavished upon her, was a non-returnable gift.

The court heard Mr Penfold, a tree importer and exporter, found his partner with a doctor in their home near Guildford, Surrey.

The court heard £218,000 had been paid into Garikayi’s account after Mr Penfold sold two investment properties.

Insisting the money was a gift, she said that, throughout the relationship, “if I wanted something, I would get it”.

“As far as the discussion I had with Wisdom, they were gifts to me.

“We were in love, the relationship was strong at that point. So there was no need for me to question or query.”

Her lawyer, Chike Ezike, added: “The nature of the relationship was one where Mr Penfold bestowed and showered Miss Garikayi with lavish gifts.”

But it’s alleged Garikayi spent some of the cash on herself and £91,000 to buy a property in Harare, Zimbabwe, without his permission.

Mr Penfold’s lawyers say they will be seeking £62,000 in costs against Miss Garikayi, and the judge ordered her to pay £30,000 of that within 21 days.