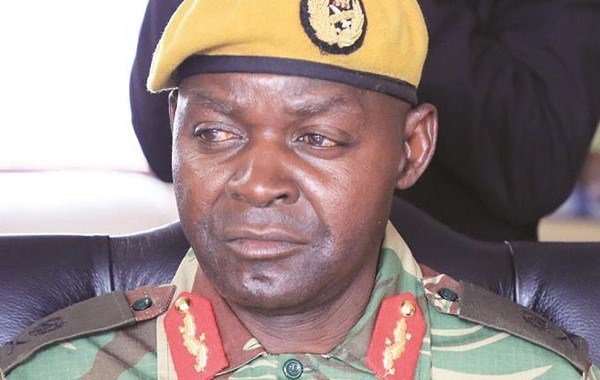 The United States has placed Anselem Sanyatwe, Zimbabwe’s ambassador to Tanzania on its sanctions list for his involvement in “gross violations of human rights”.

Anselem Sanyatwe, the former head of the presidential guard, is accused of commanding troops that opened fire on people protesting against the delayed release of presidential vote results last year.

“The Department has credible information that Anselem Nhamo Sanyatwe was involved in the violent crackdown against unarmed Zimbabweans during post-election protests on August 1, 2018, that resulted in six civilian deaths,” the State Department said in a statement on Thursday.

Mr Sanyatwe blamed the opposition for the killings when he appeared before a commission of inquiry led by former South African president Kgalema Motlanthe.

The commission found that the soldiers’ use of live ammunition to quell the protests was “clearly unjustified and disproportionate.”

Mr Sanyatwe was later retired from the army in February and was appointed an ambassador to Tanzania.

He is Zimbabwe’s first high-ranking official to be sanctioned since the ouster of long-time ruler Robert Mugabe in 2017.

On the anniversary of the killings, US ambassador to Zimbabwe Brian Nichols said the heavy-handed response by the army had dented Harare’s efforts to end its international isolation.

“The killing of six civilians and wounding of 35 more by security forces on that day remains a huge setback for Zimbabwe in the eyes of the international community,” said Amb Nichols.

“The security forces further exacerbated this setback by systematically targeting opposition and civil society members in their homes, first in Harare’s high-density suburbs, and later throughout the country, for much of August 2018,” he said.

The envoy said Washington was worried that none of the soldiers involved in the killings had been prosecuted.

He said recent threats by government officials that the military would be deployed to quell any protests by the opposition were alarming.

In January, President Emmerson Mnangagwa deployed soldiers after protests against a steep increase in the price of fuel turned violent.

Human rights groups said the soldiers shot dead at least 17 people and raped dozens of women during the clampdown.
“I have yet to learn of a single soldier or security forces member held to account for the deaths of civilians as the report clearly mandated,” Amb Nichols added.

“Sadly, the ink was barely dry on the report before security forces again acted with impunity killing more civilians in January 2019.”

However, Zimbabwe’s Foreign Affairs minister Sibusiso Moyo on Thursday said police were being reoriented to handle sit-ins to avoid army deployment to keep law and order.

More than 2 million Zimbabweans on the brink of starvation – UN