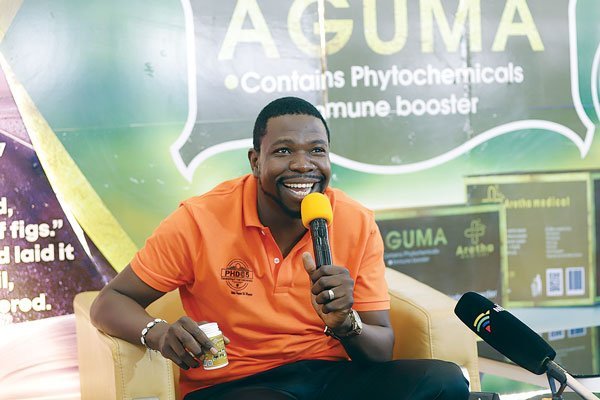 Walter Magaya, a self-proclaimed Zimbabwean prophet and doctor, claims that he has found a cure for HIV/AIDS and that his cure is scientifically proven.

Walter Magaya, from the Prophetic Healing and Deliverance Ministries, told his congregation on Sunday that the cure can be found by mixing two plants, one called Aguma which is found in Zimbabwe and another plant which is found in Mozambique.

“God has given me a revelation, we tested it and it’s perfect. God showed me a certain tree and certain people. We have found the cure for HIV and Aids,” said Magaya.

“Right now, my team is working on dosages for the different strains of HIV.

“It has been my dream to help believers and non-believers. I have been hiding this secret after I found it two years ago because I wanted it to be chemically proven, scientifically proven.”

The self-claimed doctor added that his main ambition was finding a cure for HIV and cancer.

“Components of our plant starves cancer cells. Chemicals in Aguma are enough to make your immune system strong so that it can fight any foreign invasion,” he explained before adding that he realised the world would dismiss his discovery – until they eventually agreed with him.

To prove his assertions Walter Magaya said he had tested his potion on a number of HIV positive patients who had subsequently proved free of the virus.

“At this stage, we’re 100 per cent organic because we find that there’s no side effect. We’re mixing plants from here in Zimbabwe another one from Mozambique,” he explained.

“The government is free to summon our own research board and test this medicine for themselves. As for me, I’ve my own testimonies but people will listen to a minister rather than a mere prophet.”

Magaya said he has formed a company he named Aretha Medical, which he said involved “some Indian partners”.

However, there has been no independent confirmation from any reputable medical establishment that Magaya’s concoction is, in fact, a cure for HIV/AIDS.

Zimbabwe ‘excited to drill for oil’ after new survey