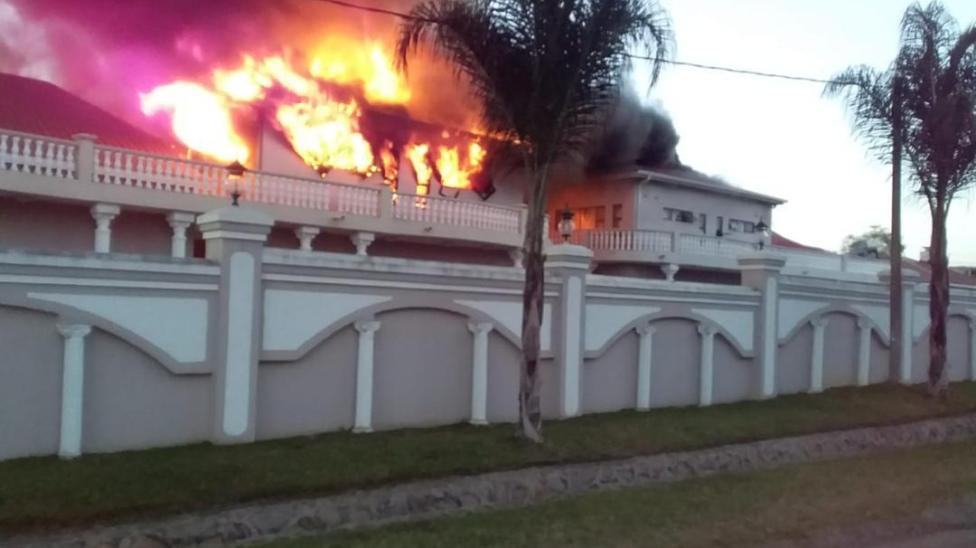 No one was injured in the fire whose cause was yet to be established by the time of going to print.

According to witnesses, the fire started after 5 pm and firefighters arrived after about 45 minutes and extinguished the fire.

Police confirmed the incident, but could not give the finer details as investigations were still underway.

“Yes, we have received reports of the fire incident at a hotel in Waterfalls. Investigations are still underway,” he said.

The extent of damage could not be ascertained, but insiders said they suspected foul play since the area was under load-shedding a the time.

PHD spokesman Overseer Admire Simango told the media that they are “smelling a rat”.

“Around 5:30 pm, I received a call that there was a raging fire at the hotel. I contacted security people on the ground on what had happened, but they seemed not to be aware of everything that was happening,” he said.

Overseer Simango said the fire started in the upper room of the hotel on the western side and destroyed beds.

“What is very strange in the circumstances is that there was no electricity as usual.

“I am told the generator was off, but there was a fire from nowhere. While I am not pointing to anything, we are smelling a rat.

“It is very clear; the circumstances are not normal given the fact that there was no electricity or gas nearby.

“We do not rule out foul play. Police are investigating and we do not want to jump to conclusions. The police will give us the full information, but the preliminary findings point to the fact that there could be some foul play and we are very suspicious of whatever is happening given the events of the last few days.

“We can tell that there is an underhand thing that is happening,” he said.

Prophet Magaya, who was said to be on his way to Abu Dhabi, was reportedly unperturbed by the incident.

“The man of God is in a jovial mood, nothing is going to disturb the ministry and the upcoming event in Botswana. The man of God has taught us that when the enemy comes like a flood, the Lord raises his bar,” said Overseer Mango.

He said the hotel will continue to operate normally, although the gutted section will be closed for renovations.