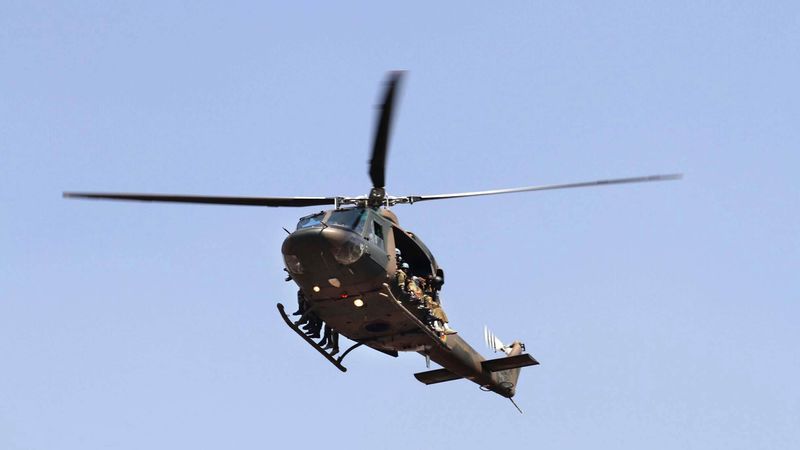 More violence is expected on the Zimbabwean streets on day two of the national shutdown, with reports saying that the opposition Movement for Democratic Change offices in Harare were set alight last night.

A Zimbabwean military helicopter has fired tear gas at demonstrators blocking a road and burning tires on the second day of protests after the government more than doubled the price of fuel.

Soldiers have moved in to disperse crowds at the busy intersection and transport hub in the capital, Harare, amid Zimbabwe’s biggest unrest since deadly post-election violence in August.

Witnesses also report violence in the eastern city of Mutare, where people attacked passenger buses and destroyed some shops.

Businesses and schools are shut down and public transport vehicles are grounded in most of the country. Social media such as Facebook, Twitter and WhatsApp are disabled.

Zimbabwe police fired tear gas to disperse protesters in the second city of Bulawayo on Tuesday, a day after violent demonstrations against a sharp hike in fuel prices rocked the country.

Police moved in after protesters chanted for the removal of President Emmerson Mnangagwa and as looting broke out in Bulawayo, a stronghold of opposition to the ruling Zanu-PF party

A human rights group in Zimbabwe says five people were killed in clashes between demonstrators protesting fuel hikes and security forces who opened fire on some crowds.

The Zimbabwe Association of Doctors for Human Rights on Tuesday reported the death toll as many businesses in the capital, Harare, and other cities were closed following Monday’s violence.

This is Zimbabwe’s biggest unrest since deadly post-election violence in August.

Another human rights group says 26 people suffered gunshot wounds and that some were afraid to go to hospitals for fear of arrest.

Related Topics:FeaturedZimbabwe Protests
Up Next