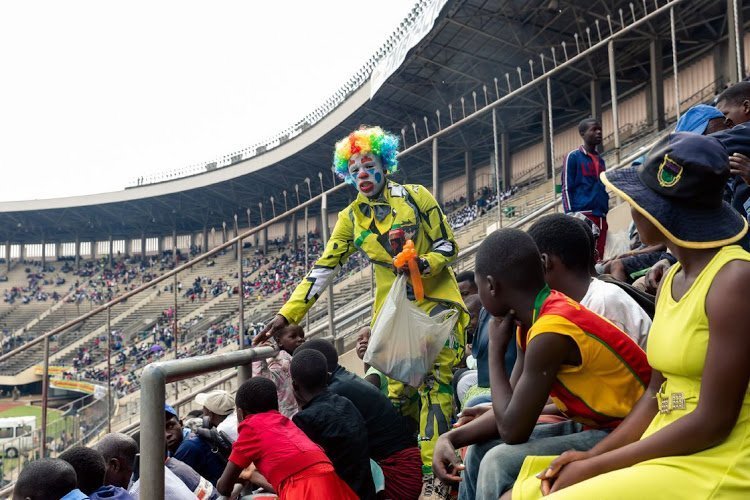 Zimbabweans celebrated 39 years of independence amid a cloud of dissatisfaction and worsening economic conditions.

The “celebrations” also came just a few days after the prices of bread and other basic goods doubled again, a sure sign that citizens will soon witness the triple-figure inflation of 2008.

Just a year short of 40, Zimbabwe’s promised land remains a very distant possibility. The little hope created when long-term president Robert Mugabe was removed from office in November last year has all but vanished. The economy is getting worse and political seclusion from the world remains in effect.

National Sports Stadium was pounded by torrential rains during the course of the Independence festivities. But despite the heavy rainfall, the event went ahead as planned as thousands of citizens loyally thronged the stadium and were treated to colourful military displays, artists’ performances, and sporting events.

In his speech to the crowd, President Emmerson Mnangagwa acknowledged the severe challenges facing his country but remained hopeful that “prosperity is coming”.

He also spoke out against corruption, applauded citizens’ unity of purpose to assist those ravaged by Cyclone Idai, and promised to pursue a crucial re-engagement with the West.

Emmerson Mnangagwa also said his government is mobilising resources to feed people that face hunger due to the drought, which hit most of Southern Africa in the 2018/2019 rainy season.

He castigated business for raising prices. “Government is alarmed by the recent wanton and indiscriminate increases of prices, which has brought untold suffering to the people. This conduct by stakeholders in business, industry and commerce is inhumane, unethical, unpatriotic and goes against the grain of economic dialogue, which the second Republic has espoused,” he said.

Conspicuous by his absence at the festivities was popular opposition leader Nelson Chamisa. He opted to issue a statement on twitter saying Zimbabwe independence day has come at a time when Zimbabweans were unsatisfied.

“As we commemorate our country’s cherished independence today, the stark reality is that most are reeling from abject poverty and frustrations. State decay, corruption and violence have shuttered the 1980 Uhuru dream and ruined livelihoods. Won’t rest until we attain change that delivers,” Chamisa tweeted.

Professor of world politics at the London School of Oriental and African Studies Stephen Chan said the Mnangagwa administration must take stern action to stabilise the economy. “Economic conditions would have worsened under either Mugabe or Mnangagwa. The problem is not who the leader is, but whether there is economic leadership that is prepared to institute and sustain hard structural reforms.” BusinessLive