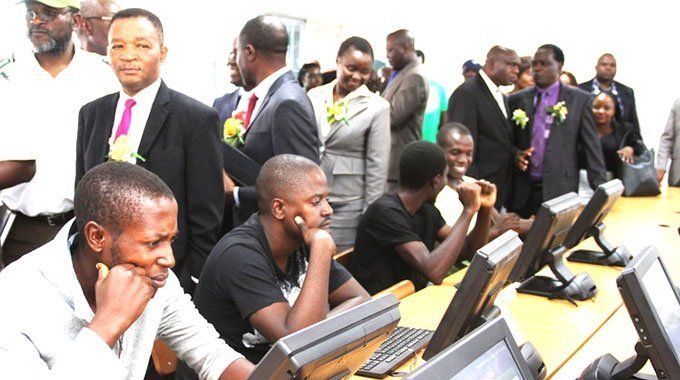 The government has intensified the fight against corruption at the Vehicle Inspection Department (VID) and yesterday launched an Electronic Learner’s Licence Testing System to enhance transparency and reduce human involvement in the issuance of drivers’ licences.

The system is expected to be rolled out to all VID depots soon.

Under the new system, prospective drivers are no longer required to bring drivers’ licences photographs as these are captured by the system as part of registering one’s biometrics.

Further, the system is so efficient and convenient that it does the marking automatically upon completion of the test without human involvement.
Transport and Infrastructural Development Minister Joel Biggie Matiza, who has declared zero tolerance to corruption in line with Vision 2030, launched the new system which was developed under the Zimbabwe Integrated Transport Management Information System (ZIMTIS).

He said the system will curb corruption in a big way and improve efficiency in the issuance of drivers’ licences.

“The system enhances accountability by having added features for audit trails. The testing software has a bank of more than 1 000 questions, which are randomly selected by the computer.

“Therefore, students can never predict which questions they are going to receive and the grading is done as soon as a student completes the final question. This not only cuts down on waiting time but also prevents any kind of corruption between the students and the official on duty, who might accept bribes for passing a student, when they actually failed.

“This integrated system will bring together the strategic components of road traffic and transport management, promote the efficient use of national infrastructure and sharing of information among relevant Government departments and agencies.”

Minister Matiza said the implementation of the ELLTS would enhance road safety and contribute towards the reduction of road carnage.

“Our endeavour is to reduce road traffic crashes and carnage by more than 10 per cent annually through vehicle inspections, driver licensing and axle load control,” he said.

“We also contribute towards economic development through improving the competence of our drivers, roadworthiness of vehicles and protection of road infrastructure.

“As a result, effective drive training and testing, therefore, becomes the cornerstone of our strategy to reduce road carnage.

“Our country cannot continue to lose lives by putting unqualified people, who would have acquired licenses fraudulently thence exposing in perpetuity countless lives to a great risk.

“Likewise, reducing any incidences of rampant corruption in the acquisition of provisional driver licenses and drivers’ licenses is integral to the proactive strategy.

“The ELLTS resonates well with the SADC region’s endeavour to harmonise and standardise driver training and testing requirements within the SADC region.”The Herald

Related Topics:Zimbabwe Driving Tests
Up Next

Thokozani Shiri: The brutal and violent past of a Chelmsford prisoner