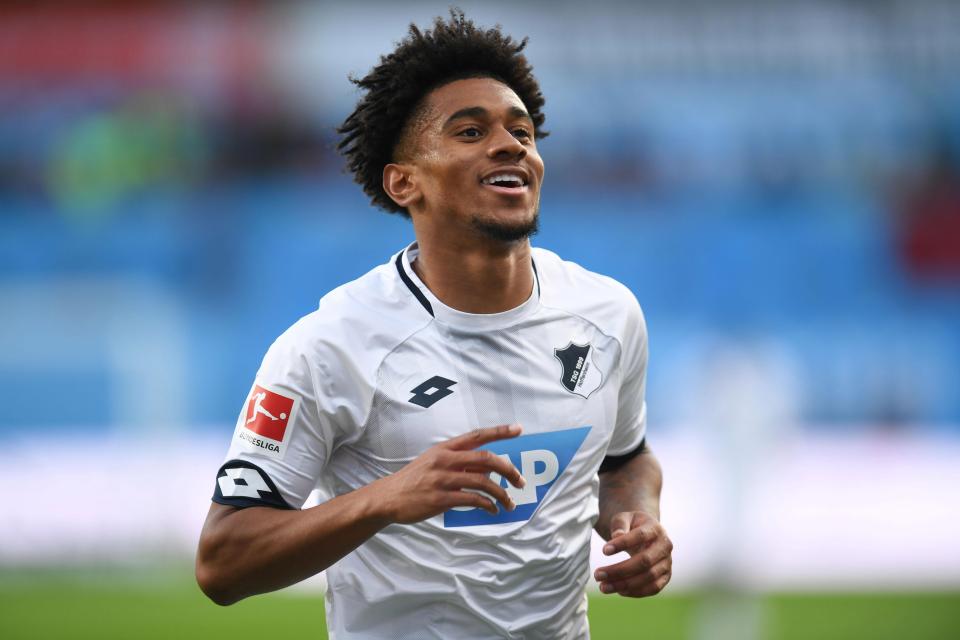 Reiss Nelson, on-loan to Bundesliga side Hoffenheim, was born in England but is eligible to play for the Zimbabwe Warriors.

Zimbabwe is not yet giving up trying to convince Reiss Nelson to switch international allegiance from England.

Nelson has been part of all England youth national teams’ set-up and talks of him breaking into the Three Lions has heightened in recent weeks after hitting top form for Hoffenheim where he is on a season loan from Arsenal.

The 18-year-old has already expressed interest to play for the England senior national team.

“Obviously there is plenty we need to do to convince Reiss Nelson and Nydam. We really need them and we will do our best to get them,” Zimbabwe team manager Wellington Mupandare told Goal.

With Nelson recently remarking his ambition to play for the Three Lions as well as England manager Gareth Southgate expressing admiration for the player, Zimbabwe might have a lot of persuading to do.

“I want to be an Arsenal legend. And, for England, it’s the best. You can’t beat playing for your country I don’t think,” Nelson recently told BBC Sport.

Zimbabwe is on the cusp of qualifying for the 2019 Africa Cup of Nations Cup (Afcon) finals and several England-born stars are keen to play for the Warriors.

Reading midfielder Andy Rinomhota is, however, yet to be approached but the prospect of playing at Afcon could lure him. Bradford City’s Adam Chicksen and in-form Leyton Orient forward Macauley Bonne are keen to turn out for Zimbabwe.

They have both previously featured in some international friendly matches, but complications in obtaining local passports due to stiff dual citizenship laws in Zimbabwe has delayed them playing competitive matches.

“We are still talking to Andy Rinemhota. As for Bonne, Lunga and Chicksen, they have always been on the radar,” Mupandare said.

Some headway was, however, made this year when Nottingham Forest defender Tendayi Darikwa obtained his Zimbabwean passport and played in the back-to-back Afcon qualifiers against DR Congo last month.

Arcadia Lithium Mine to create many jobs