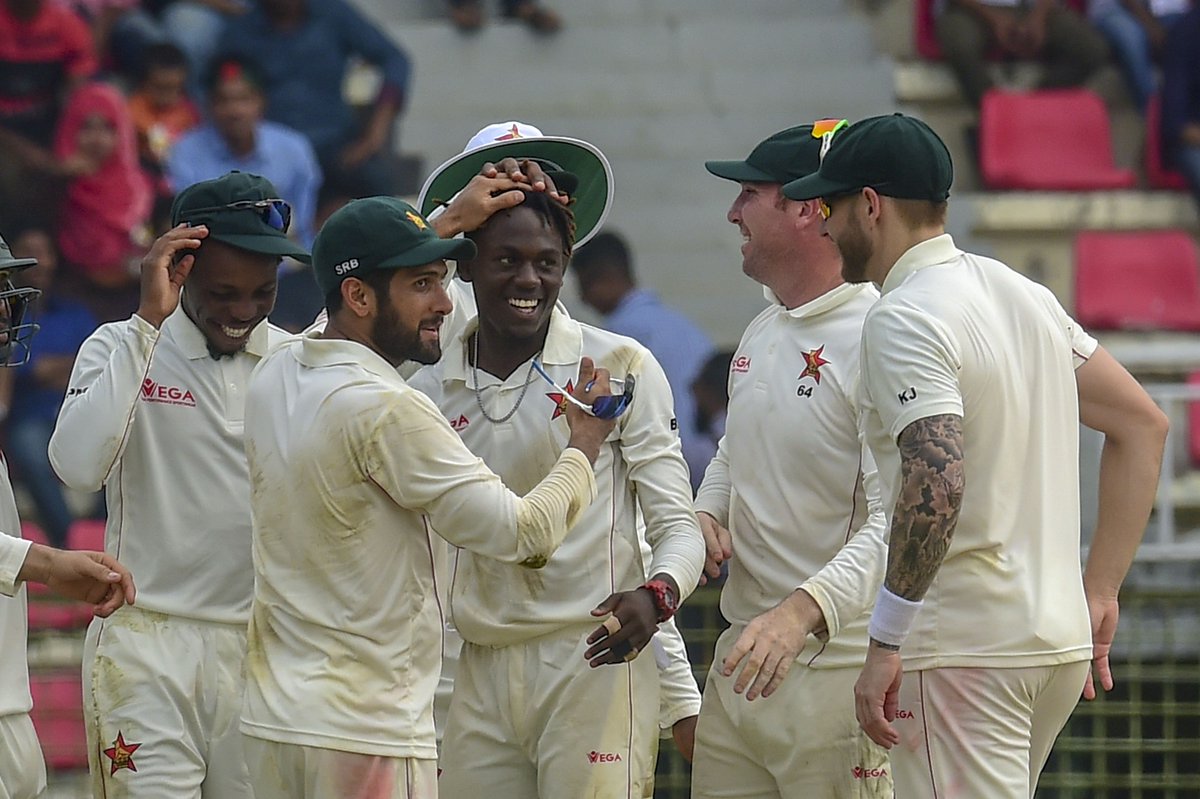 Zimbabwe cricket squad thumped Bangladesh by 151 runs in the north-eastern city of Sylhet on Tuesday to claim their first Test win in five years.

Debutant spinner Brendon Mavuta claimed 4-21 while Sikandar Raza grabbed 3-41 as the visitors bowled out Bangladesh for 169 in the second innings on the fourth day.

Imrul Kayes hit 43 runs for Bangladesh, top-scoring for the hosts as Zimbabwe take a 1-0 lead in the two-Test series.

Bangladesh made 143 runs in the first innings in response to Zimbabwe’s 282.

The visitors were then bowled out for 181 runs in the second innings, setting up a 321-run target for the home side.

The second Test will be held in Dhaka from November 11-15.
AFP