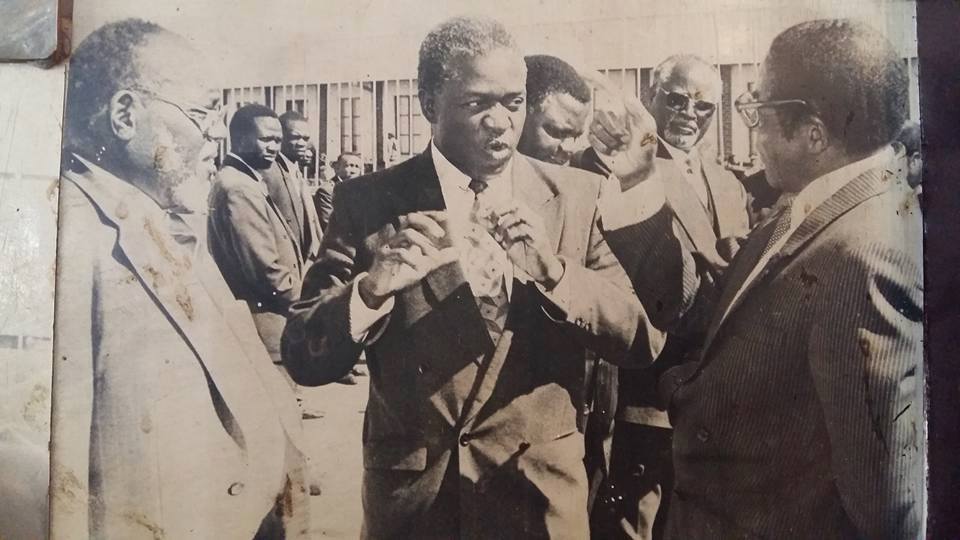 President Emmerson Mnangagwa’s government plans to compensate victims of the Gukurahundi genocide which claimed about 20,000 lives in the Matabeleland and Midlands provinces in the mid-1980s.

Virginia Mabiza, the permanent secretary in the justice ministry, on Wednesday said that the compensation would take various forms.

Among these would be the exhumation and reburial of victims, the provision of counselling and medical services and the issuance of national identity documents to displaced survivors.

It is not immediately clear if there would be any financial compensation for survivors and their families.

“We’re also implementing protection mechanisms for those affected by Gukurahundi to be free to discuss their experiences,” Mabiza was quoted in the state-owned Herald newspaper.

The term Gukurahundi is derived from the Shona language and is loosely translated to mean the “early rain which washes away the chaff before the spring rains”.

Under the watch of former president Robert Mugabe, his North Korean-trained Fifth Brigade led the brutal crackdown against civilians, mostly Ndebele speaking, in the southern part of the country under the pretext of looking for “dissidents”.

Until his fall in November 2017 from a military coup, Mugabe never apologised for the genocide which he described “a moment of madness”.

Mnangagwa was state security minister at the time. His rule has come under criticism for the failure to acknowledge the genocide and the various roles played by different people in the execution of Gukurahundi, with some of them currently serving in his government.

Perence Shiri, now the agriculture minister, was the commander of the Fifth Brigade during Gukurahundi.

Mnangagwa said the meeting was meant to show that his administration was not paying lip service to the demand for the development of the Matabeleland provinces.

Dumisani Nkomo, the head of the secretariat in the Matabeleland Collective, told TimesLIVE in an interview on Wednesday that when it came to the Gukurahundi, his organisation had both short-term and long-term views on the matter.

“The issues of access to birth and death certificates as well as the exhumation are the first steps in addressing the issue. There are other critical steps such as acknowledgement, but it’s a good start to hold the government to account according to the implementation matrix which they have provided,” Nkomo said.

But lobbyists on Gukurahundi said the “lack of acknowledgement” of the genocide was a missing factor in the plans by Mnangagwa’s government and it should have started from there.

“Why is the permanent secretary announcing these plans on Gukurahundi? It must be a minister and there is a need to gazette the plans to make it legally binding.

“The compensation plans are also suspicious and happen at a time that finance minister Mthuli Ncube plans to compensate white farmers too. It looks like a box-ticking exercise by the government which must meet some conditions in order for the US sanctions to be lifted,” a lobbyist said.

Last weekend, vice-president Constantino Chiwenga attended the 25th commemorations of the Rwanda genocide in Kigali. Calls have increased from civic society groups that Harare should learn from Kigali how it has dealt with its genocide that claimed the lives of more than 800,000 people in 1994.TimesLive