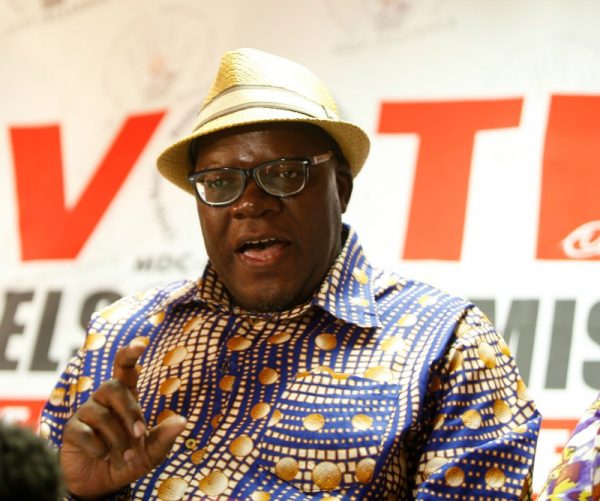 MDC Alliance principal Tendai Biti was arrested as he tried to flee to neighbouring Zambia to seek asylum on Wednesday, his lawyer said, allegedly on charges of inciting violence over the disputed election result.

Supporters of the MDC took to the streets on August 1 to protest against the alleged fraud, triggering a brutal response from the military which opened fire on the demonstrators, leaving six people dead.

The day before the protests — and before the final presidential results were announced — Biti held a press conference at the Movement for Democratic Change (MDC) headquarters in Harare, claiming victory for the party.

Tendai Biti is a senior figure in the MDC alliance and was the respected finance minister in Zimbabwe’s troubled 2009-13 power-sharing government.

“He was arrested at the Zambian border,” Biti’s lawyer Nqobizitha Mlilo told AFP, adding by text message that he was trying to seek asylum.

Tendai Biti was among nine suspects sought for inciting the protests at which the army opening fire.

Police detective Portia Chinho told the paper they were wanted for “participating in a gathering with intent to promote public violence”.

The European Union and the United States have condemned violent attacks targeting the opposition since the elections, with the government accused of overseeing a brutal crackdown.

Human Rights Watch reported several cases of beatings and harassment in Harare’s suburbs as soldiers in groups of four to 10 attacked opposition supporters in bars and restaurants.

The MDC has accused security forces of abducting and beating scores of activists and their families since the election result was declared early Friday.

The poll, the first since Mugabe was ousted last year after nearly four decades in power, was meant to relaunch Zimbabwe on the international stage and attract foreign aid and investment.

Mnangagwa says any fraud allegations should be raised through the courts and has vowed to protect rights as he promises a “new Zimbabwe” after the repression of the Mugabe era.

UN Secretary-General Antonio Guterres told Mnangagwa during a telephone conversation that he must rein in his security forces, a UN spokesman said.

Guterres also spoke by phone with Chamisa to urge him to turn to the courts — and not the streets — if he challenges Mnangagwa’s victory.

The MDC is expected to soon launch a legal challenge over the election result, in which Mnangagwa won 50.8 per cent of the vote, just scraping in above the 50 per cent run-off threshold.
AFP