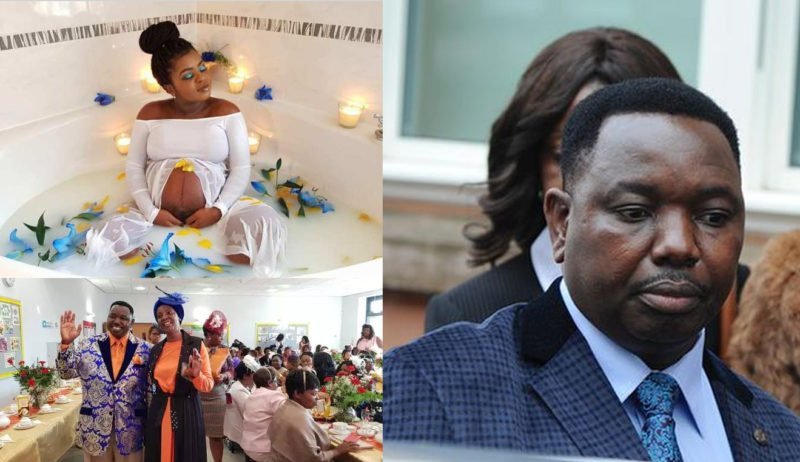 The leader of the Agape For All Nations Church, Walter Masocha has stepped down as the church’s leader after he allegedly confessed to sleeping with his own married daughter.

The shocking affair was revealed, when Walter Masocha’s son-in-law, discovered explicit messages and nude pictures that his wife had allegedly been sending to her own father.

He took the messages to his mother-in-law, Judith.

Judith reportedly confronted her husband, who confessed to having the relationship.

It has been reported that Judith has filed for divorce.

In a statement issued by the church and signed by one of the leaders, Francis Aturia, Walter Masocha was stepping down from the leadership of the church due to a “serious moral fall”.

The statement read in part, “Sadly, as a result, we would like to inform you all that Dr.Walter Masocha has with immediate effect taken leave of absence in order to deal with a serious moral fall which he has informed his family, the Board of Trustees and the Commissioners.

He is broken hearted and distraught at the result of the misdemeanours and feels that he is not fit to continue as Spiritual Leader of Agape.

“This has come as a significant shock and blow to Dr Judith Masocha and the family, and no doubt to many Agape children and other people worldwide. A full investigation will be conducted in due time, and the appropriate disciplinary action shall be taken.

“Many on hearing this will be deeply shocked and disturbed by such a disappointing revelation. We implore you to remember most especially, his gracious wife, Dr Judith Masocha and consider a Christ-like response to all who are involved at every level of the church family.”

The statement also implored their church members not to initiate personal contact with the prophet and members of his immediate family.

This is not Walter Masocha’s first brush with sexual assault allegations. In 2015, the 51-year-old was convicted of putting his hand down a schoolgirl’s trousers, claiming he was driving away demons, and groping a deaconess while praying for her.

The conviction was upturned by a UK appeal court.

Related Topics:FeaturedWalter Masocha
Up Next