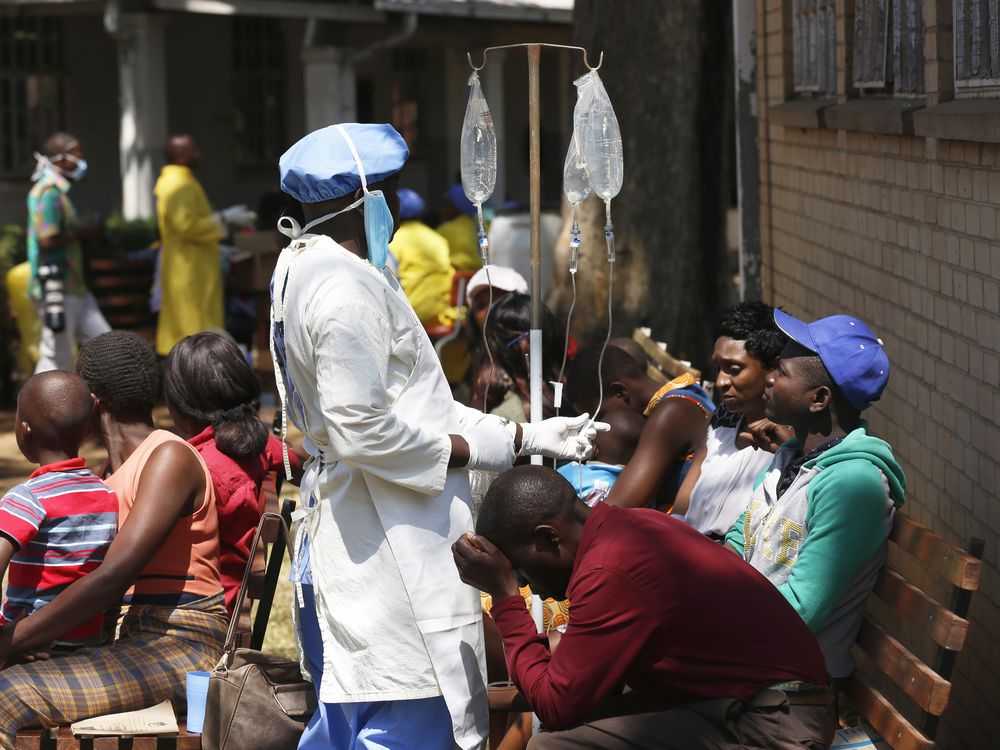 Zimbabwe has declared a cholera outbreak in the capital Harare after the death toll rose to 20 and more than 2,000 people were infected after drinking contaminated water, new Health Minister Obadiah Moyo said on Tuesday.

”We are declaring an emergency for Harare. This will enable us to contain cholera, typhoid and whatever is going on.

“We don’t want any further deaths,” Moyo said after touring a hospital treating patients in the capital.

NAN reports that authorities on Monday said 18 people have died over the past week in Harare, and scores fallen ill after a cholera and typhoid outbreak in some areas.

Such outbreaks are common as local authorities are battling to provide potable water and sanitation facilities in the city, where slums without running water have mushroomed and whose infrastructure is falling apart due to years of neglect.

Some suburbs go for weeks without running water forcing residents to fetch water from unsafe sources.

NAN also reports that there was a cholera epidemic from August 2008 until June 2009.

The outbreak began in Chitungwiza in Mashonaland East Province in August 2008, then spread throughout the country so that by December 2008, cases were being reported in all 10 provinces.

In December 2008, the Zimbabwean government declared the outbreak a national emergency and requested international aid.

The outbreak peaked in January 2009 with 8,500 cases reported per week.

With the help of international agencies, the outbreak was controlled, and by July 2009, after no cases had been reported for several weeks, the Zimbabwe Ministry of Health and Child Welfare declared the outbreak over.

In total, 98,596 cases of cholera and 4,369 deaths were reported, making this the largest outbreak of cholera ever recorded in Zimbabwe.

The large scale and severity of the outbreak has been attributed to poor sanitation, limited access to healthcare, and insufficient healthcare infrastructure throughout Zimbabwe.

Related Topics:FeaturedHealthZimbabweZimbabwe Cholera Outbreak
Up Next