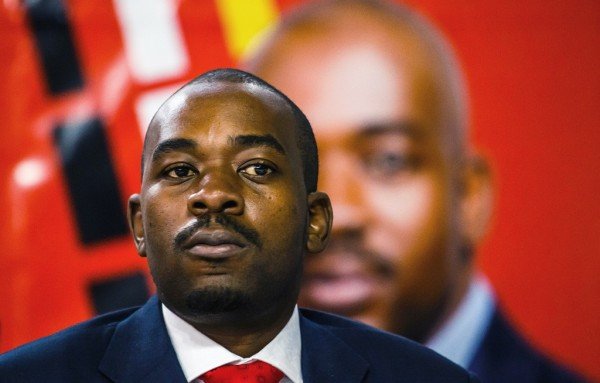 However, a junior minister warned the opposition Movement for Democratic Change (MDC) that any attempt to undermine the government’s legitimacy would be dealt with mercilessly.

Chamisa, who heads the MDC, has argued that he was cheated of victory by the electoral board.

The Zimbabwe opposition insisted it will respect legal limits as it draws attention to its cause on Saturday when the MDC celebrates 19 years since its formation at a local stadium.

“We will do everything that resembles an inauguration but everything will be within the law,” Chamisa’s spokesman Nkululeko Sibanda said, adding that the MDC was still discussing how the event would be conducted.

If the 40-year-old Chamisa proceeds with the mock inauguration, it could be seen as challenging Mnangagwa, who has called on opponents to rally behind his leadership to rebuild the country’s struggling economy.

The Zimbabwe opposition leader has also promised to stage peaceful street protests to put pressure on Mnangagwa, whom he has refused to recognise and says lacks legitimacy.

Deputy Minister of information and publicity Energy Mutodi said the government was following the opposition’s plans with keen interest.

“Any attempt to delegitimize government will not be tolerated and those bent on causing anarchy will be dealt with mercilessly,” Mutodi wrote on his official Twitter page.

Zimbabwe first election since Robert Mugabe was removed in a de facto coup last November had been expected to end a history of disputed votes. Instead, it re-enforced bitter divisions in the country.

Although the run-up to voting was peaceful, violence broke out when opposition supporters protested against the ruling ZANU-PF party’s victory, leading to an army crackdown in which six people died. Mnangagwa has set up a team to investigate the killings.