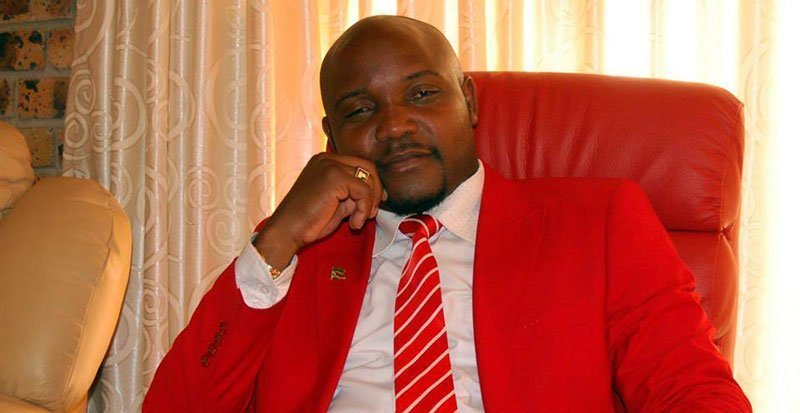 Emmanuel Moyana, who is founder of the Emmanuel Global Ministries International and Multi-People’s Democratic Party (MPDP), is at the centre of controversy amid revelations that he allegedly preys on young successful women.

Moyana, who is also leader of the Emmanuel Embassy Ministries International in Botswana, is accused of flirting with temptation by not walking his talk as a man of God.

Bishop Emmanuel Moyana courted controversy when he reportedly left his family to co-habit with a Harare woman (name withheld for ethical reasons) who made headlines in 2004 after being allegedly paid to enter into a marriage of convenience with a Nigerian who wanted to secure a residence permit.

The woman in question who is also a hairdresser openly confirmed to B-Metro that she dated Bishop Moyana for more than two years before their love boat hit its turbulent waters.

“I know him as my ex-boyfriend. We started dating in 2017 and separated in February this year. During that time I was also aware that he was dating another woman in Victoria Falls and they had a child together but that didn’t affect me much since the two of us didn’t have a child together.”

She said the last straw was when she discovered that the two, Moyana and the Victoria Falls-based woman, were planning to marry.

In a complaint document, sent to B-Metro by some aggrieved parties suspected to be members of his church, Moyana is also alleged to have used Holy Scriptures to prey on a Victoria Falls-based woman who is also a pastor and employed by one of the safari companies in the resort town.

It is reported that the two met in 2016 and Emmanuel Moyana promised the woman a big wedding before she moved from her base in Victoria Falls to temporarily stay with him in Harare.

The woman later returned to her base in the resort town after she discovered that she had been tricked by the man of God.

However, in his response, Moyana, although he admitted to affectionately dating the two women in question, vehemently denied accusations that he preyed on them allegedly for sex.

“There is no truth in those allegations that is why I called you to clarify everything. I was married before and I divorced in 2010. I had two children from that marriage. I don’t have a private life and I have nothing to fear since my family knows everything. As with (Harare woman) she is my ex-fiancé and we don’t have a child together as alleged,” said Emmanuel Moyana.

Coming to his alleged “pseudo” relationship with a Victoria Falls-based woman, Moyana said: “We are going to be married very soon. I once went to her parents with the intention of paying lobola and I was told that according to their ways there were some things they need to do before I proceed with the marriage.

“I was told mbuya vacho vanobereka baba havapo so kana mbuya vasipo hazvigoni (her paternal grandmother was not there and since she was not there, the marriage ceremony could not proceed in her absence) and that discouraged me, but we are still together.”

Meanwhile, although the woman confirmed to B-Metro that she dated Bishop Moyana she said the man of God hurt her so much that she could not easily get past it.

“I am an ordained pastor in my church and when I met him I was already a pastor. I guess the fact that I am a pastor and by him saying he was a man of God I trusted things were going to work out well. I surely had a son for him and it’s funny how stuff about him reaches me. At some point someone sent me a picture of him with some lady,” she said.

When asked to corroborate Moyana’s claims that they were still together and planning to marry anytime soon, the seemingly heartbroken pastor said: “It’s complicated. I am one person who got hurt so much and I had put this Emmanuel matter behind me because he lied to me.”B-Metro

Kirsty Coventry stands up to Cosafa