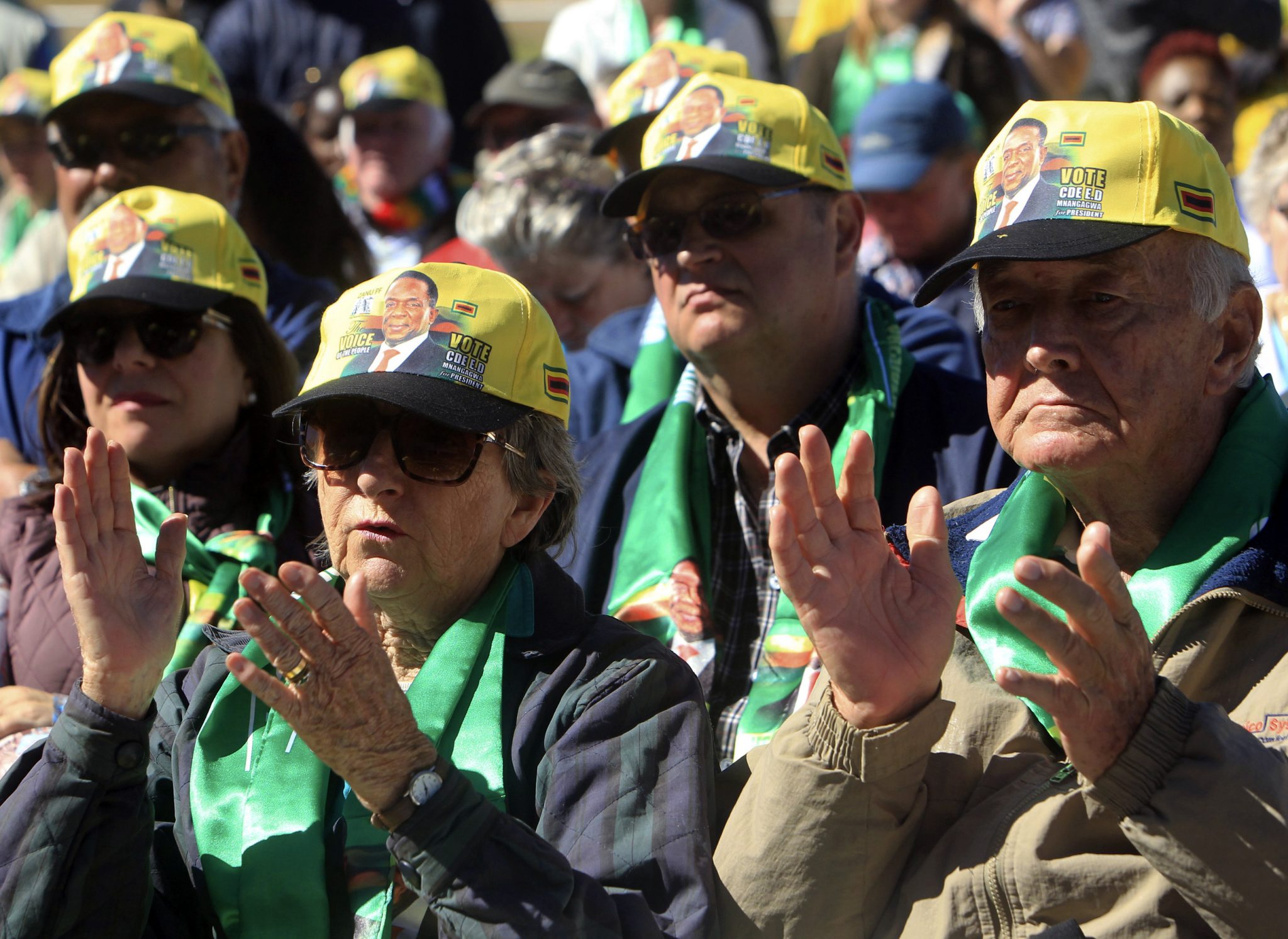 President ED Mnangagwa on Saturday assured Zimbabwe’s white farmers that their land will not be taken, calling on them to work together with the government ahead of landmark elections on July 30.

Under his predecessor Robert Mugabe, white farmers were evicted in favour of landless black people from 2000 by a controversial policy that wrecked agriculture and triggered an economic collapse.

But less than two weeks to go before Zimbabwe’s first elections since Mugabe’s ouster, President ED Mnangagwa moved to quash any fears the practice would be repeated.

“I am saying we should cease to talk about who owns the farm in terms of colour. It is criminal talking about that. A farmer, a black farmer, a white farmer is a Zimbabwean farmer.”

Mnangagwa said his government was “racially blind” and needed the expertise of everyone across the economy.

Zimbabwe’s white population has fallen to less than one per cent of the country’s 16 million after Mugabe imposed the policy to expropriate farms in 2000.

Agricultural output crashed in the aftermath, with investors leaving and mass unemployment forcing millions of Zimbabweans out of the country to seek work.

President ED Mnangagwa acknowledged the failure of the land reforms, saying the expertise of white people in the farming sector was still needed and encouraging them to take part in rebuilding Zimbabwe.

“We must build the Zimbabwe we want. We want to restore the status of Zimbabwe as a food basket of the region,” he said.

“He gave us a lot of encouragement. We came here to ask for options for farming,” Louisa Horsely, 51, told AFP.

“I wanted to know if my husband’s expertise is still needed if he wants to farm and wants to help other people to farm and that is what we are interested in. It sounds (like) he wants us to be part of it.”

Tara Chatterton, 39, who runs an auctioning business, said she attended the rally to hear what Mnangagwa’s plans were since the military intervention last year that resulted in the removal of Robert Mugabe after nearly four decades.

“We are here just to see… what he is aiming at in trying to bring the country back up and trying to get people to work together as one nation,” Chatterton said.
Paul Sexton, 71, who works for a printing company, said he was impressed that the leader “didn’t make any outlandish promises”.

“It’s going to take time and that’s the truth.”
AFP