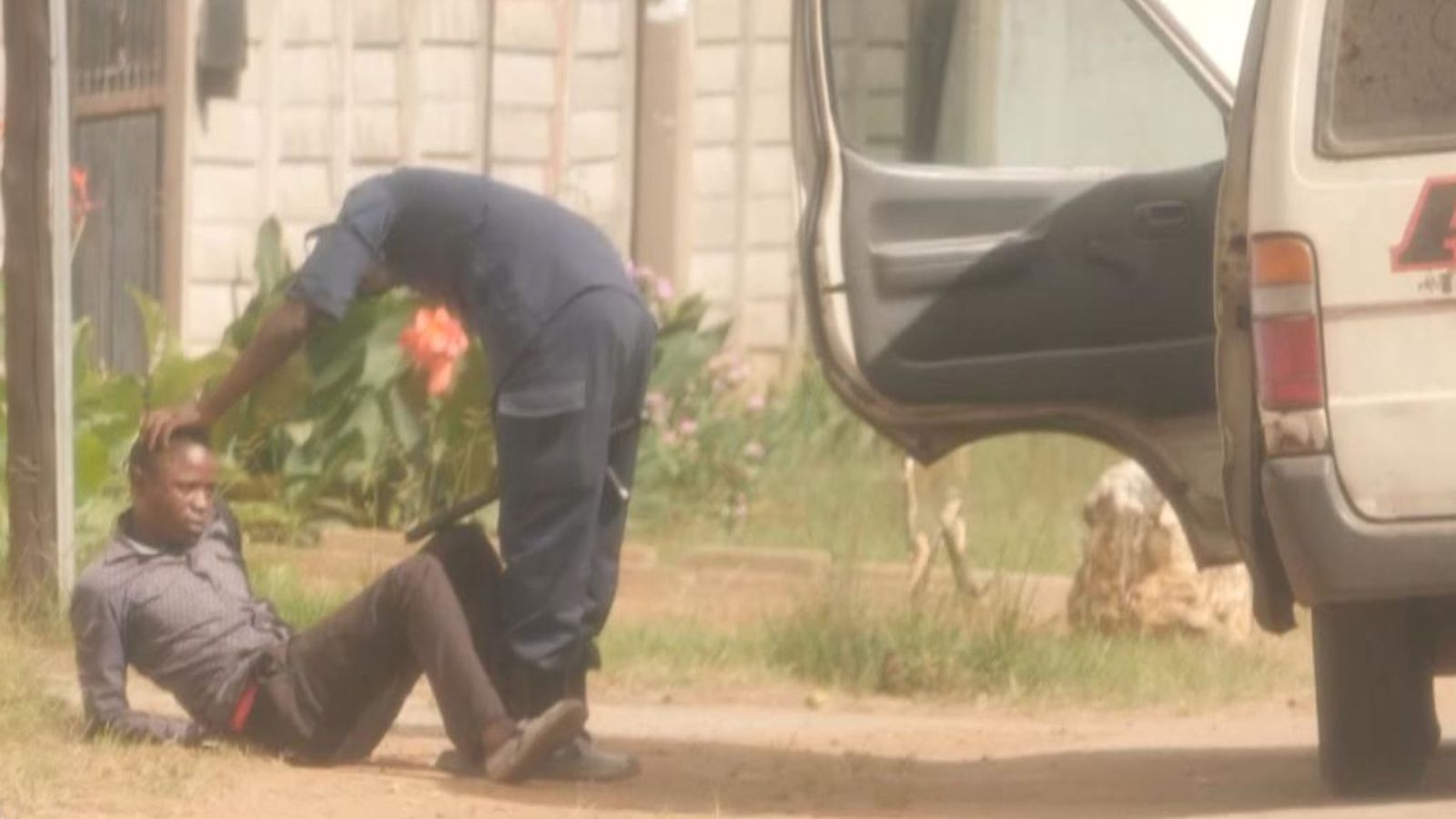 President Mnangagwa said the scenes documented by Sky News are “not the Zimbabwean way” as he promised to arrest those involved.

Emmerson Mnangagwa tweeted that “this is not the Zimbabwean way” after Sky’s Africa correspondent, John Sparks, revealed the atrocities he has seen in the country over the past week as Zimbabweans protest against a 150% fuel price rise.

“I was appalled by today’s Sky News report. This is not the Zimbabwean way,” the president said.

“I have instructed that the individuals behind this be arrested and encourage all those impacted to contact the authorities and file an official complaint.”

Sparks’ eyewitness account told how he saw a policeman striking a man’s head with a truncheon on Saturday, accompanied by a soldier and a plainclothes security agent who slapped, punched and kicked the man in broad daylight.

The Sky News crew then followed the group on Harare’s Chiremba Road as the officers ordered the victim to run, then bundled him into a private taxi.

Caught on camera, the policeman then dragged the man out and the group started hitting his face as he sat handcuffed on the ground while onlookers covered their eyes.

Another man in handcuffs was then pulled from the van and ordered to drive the commandeered taxi.

More than 650 people have been arrested and detained over the past two weeks, and hundreds more beaten as the police and military sweep through towns and cities in the country.

The crackdown was launched after street protests and looting broke out earlier this month.

People took to the streets in a collective rage after the government raised fuel prices by 150%.

Mr Mnangagwa, nicknamed The Crocodile, said the price increase was necessary to tackle shortages caused by “rampant” illegal trading and more fuel use.

His public condemnation of the police beating comes after a fortnight of Mr Mnangagwa giving members of the security services free rein to assert control.
Sky News

Related Topics:Emmerson Mnangagwa
Up Next