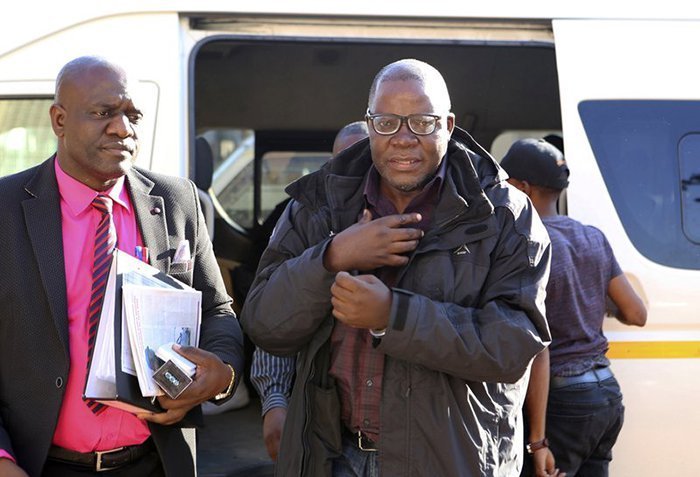 Tendai Biti has been charged with inciting public violence and declaring unofficial election results as fears grew about a government crackdown following the country’s recent elections.

The court appearance on Thursday followed events in which Biti fled to Zambia, was denied asylum and was handed over to Zimbabwean security forces in defiance of a Zambian court order.

Police in Zimbabwe were looking for Biti and eight other opposition figures for allegedly fomenting violence following the July 30 vote in which President Emmerson Mnangagwa was declared the winner amid opposition cries of foul play.

They and several others were accused of “possession of dangerous weapons” and “subversive material”, as well as “public violence,” according to a copy of the warrant.

If found guilty, Biti faces up to 10 years in jail, a cash fine or both.

State prosecutors did not oppose bail, which was set at $5,000. Biti was ordered to surrender title deeds to his house and his passport and has been banned from addressing political rallies or news conferences until the case is over. He is scheduled to appear in court again on Friday.

Speaking in court to lawyers and the media. Biti said: “They wanted to abduct me (on Wednesday), I was terrified.”

Soon after his release, he told reporters: “It’s been an ordeal, but we survive. We live to fight another day, I am glad to be home.”

But he highlighted that no one is above the law, “thus to the serious nature of allegations of incitement, due process will continue,” he wrote.

The United Nations refugee agency said it was “gravely concerned” about the reports of Biti’s forced return to Zimbabwe, calling such move a serious violation of international law by Zimbabwean authorities.

A joint statement by the heads of missions in Zimbabwe of the European Union, the United States, Canada and Australia urgently called on Zimbabwean authorities to guarantee Biti’s safety and respect his rights.

It said diplomats were “deeply disturbed” by reports of security forces targeting the opposition.

Mnangagwa later said he had intervened for Biti’s release because “nothing is more important than unity and peace”.
Al Jazeera