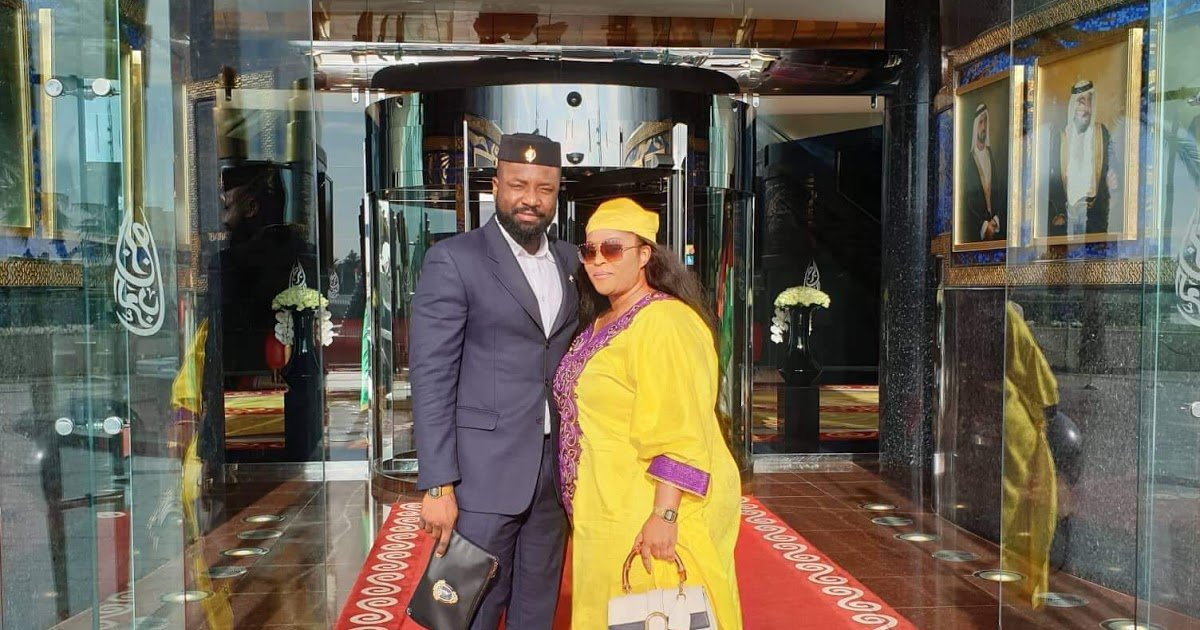 Elikem Kumordzie, who had found love in Zimbabwe again after breaking up with Pokello Nare some two years ago, has been ditched again.

This comes after his latest breakup with Edith Chibhamu, a monied divorcee who he had been dating for under a year.

While the reason for their break up is unclear, on top of the list is Elikem’s alleged infidelity.

According to Ghanaian media, the celebrity tailor is allegedly dating former Member of Parliament for Gomoa Central Constituency, Rachel Appoh.

This was revealed by Afia Schwarzenegger, a controversial Ghanaian media personality who also accused Elikem of being a greedy gold digger who scams women.

She also accused Rachel of taking care of Elikem’s mother financially and visiting juju men to ward off women who are interested in him.

If true, it is clear Rachel’s juju is working as Elikem Kumordzie is no longer with Edith Chibhamu. Add onto that, Edith is now mysteriously wheelchair bound.

“Story of my life, one minute I was walking on my two feet with no headaches or anything. The next minute, I’m sitting in a wheelchair, crippled and praying for a miracle,” posted Edith three days ago.

As if that is not enough, Rachel apparently threatened Edith with death.

“You said you were more powerful and you would deal with me. You told me that if I ever come to Ghana, I will die as you are Ghanaian and will use all your Ghana power to ruin me.

“You are a disgraced fired former MP. I don’t go to witchdoctors to kill other women and your witchdoctor has also discovered you are wicked. Now your Ghana power has turned against you and the whole world will hear about you Rachel Appoh,” wrote Edith on her Instagram page.

However, it is clear that both Elikem Kumordzie and Edith are hurting, judging by their constant posts on social media with Edith Chibhamu even threatening to commit suicide.

Reacting to Elikem’s failed public relationships, some fans suggested that Elikem is a gold digger who is only after women’s money.

“I beg, this Elikem uses women from Zimbabwe and Ghana back and forth, it’s sad,” commented one Naash on Instagram.

Another, Kayanga Nadia asked Elikem: “Is it true that you dumped Edith Chibhamu after using her to further your career?”

Elikem Kumordzie, while confirming that he had indeed separated with Edith, responded: “No doubt that Edith Chibhamu came into my life and help came from her. She paid part of the rent for my East Legon flagship store, not to further my career though. Like every business, everyone needs a push and she offered to help. Was I stupid to accept?

“What I’ve built in the last six years is worth much more than whatever amount you can think of. We’re not together anymore, but my work continues because of my hard work, diligence and passion.”

Contrary to the belief that Elikem uses women to finance his tailor’s business, he said: “. don’t reject help, it may be from God through that human.”The Chronicle

Zimbabwe Warriors out of Cosafa Cup