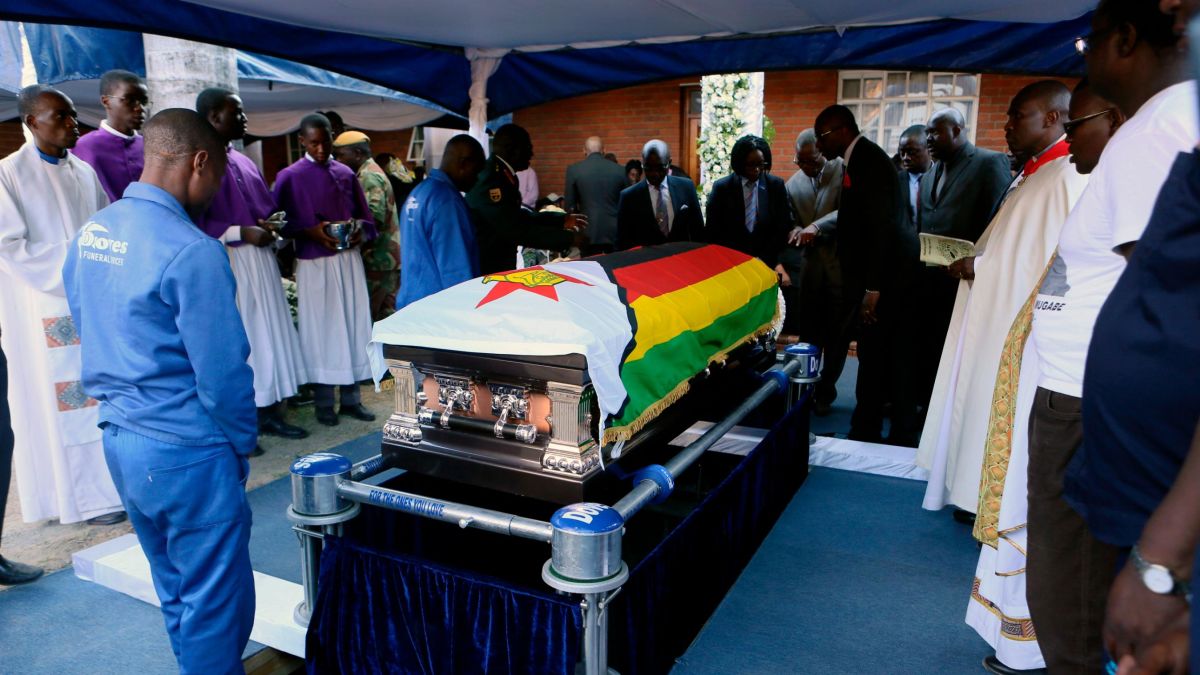 Robert Mugabe was buried in a tamper-proof casket because he feared that people would “use my body”, according to his family.

He was buried at Kutama village, his rural home village, on Saturday, near his mother, instead of the National Heroes Acre in Harare.

Mugabe’s nephew and family spokesperson, Leo Mugabe, told Zimpapers Television Network that “he wanted to be buried next to his mother but there is no space there” so the family elected to bury him, at a private ceremony, in the same village as his mother.

Asked about the speculation around the family changing his casket, Leo said: “Originally, why we changed is because we wanted a tamper-proof casket because you know, with rituals and things like that, people are really after his body, body parts, so we wanted something that was tamper-proof. That is why the casket was changed in the first place.”

He said it was Mugabe’s idea in the first place.

He explained that Mugabe had previously expressed concern about what would happen to his body after death.

“He said to his wife … ‘If and when I’m gone, don’t leave my body. Be careful, people want to use my body.’ It was him who said it to the former first lady.

“We knew that spiritually he probably knows something,” said Leo.

The family kept the body at home the night before he was buried in keeping with his wishes.

AFP reported that family members threw white roses into the grave as the coffin, draped in navy blue velvet, was lowered to its final resting place in the courtyard of his rural home, about 90 kilometres from Harare.

A boys choir from Mugabe’s old high school sang in the background.TimesLive